The best places to buy a property in Lot, France 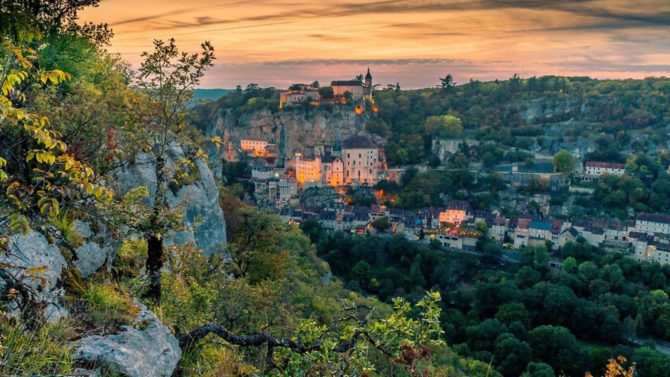 Whether you’re after a holiday home or somewhere to live, here are the best places to buy property in the French department of Lot

Located in the north-west of Occitanie, Lot combines natural splendour with historic allure. Though in recent years the French department has gained favour with international buyers, it remains less popular than neighbouring Dordogne, and less populated, offering more space, tranquillity and endless possibilities to indulge the senses.

This rugged corner of the ancient province of Quercy, characterised by arid limestone plateaux (causses) and home to nearly 2,000km of waterways, beckons you to savour the great outdoors with everything from cycling past lush vineyards to boating along placid rivers. Come and stroll through Lot’s six Plus Beaux Villages, discover major tourist draws such as the awe-inspiring Rocamadour, and at the end of the day, sit back with a glass of Cahors wine.

The unspoilt scenery of Lot makes it a land of many wonders, and one of them is definitely the Causses du Quercy Regional Natural Park, situated in the heart of the department. Spanning 175,717 hectares, this sparsely populated area was named a UNESCO World Geopark in 2017 and boasts a rich geological heritage with cliffs, valleys, caves, subterranean rivers and a remarkable variety of flora and fauna.

It’s the perfect setting to truly reconnect with nature while hiking, horseback riding or mountain biking through the more than 1,000km of paths crisscrossing the vast territory. Prepare to feast your eyes as surprises unfold at every turn, among them the region’s characteristic low dry stone walls, megalithic tombs, caselles and gariottes (stone huts), lush meadows and wild orchids. Especially enchanting is the astronomical observation zone in the middle of the park known as the Black Triangle of Quercy. A lack of light pollution makes this the ultimate place in France to revel in views of the most spectacular starry skies. In fact, 32 towns in the area have been named Villes et Villages Étoilés, including the tiny village of Cabrerets where you can visit the Pech-Merle Cave and admire prehistoric art dating back more than 29,000 years. If you prefer to take in the beauty of the landscape from the water, it’s good to know that Lot is flanked by the River Dordogne in the north and intersected by the Lot and Célé rivers in the south. Hop aboard a gabarot (a small boat, no licence required) with a picnic lunch and a bottle of wine or opt for the more adventurous approach and kayak or canoe your way past castles, fortresses, narrow gorges and waterfalls.

Clinging to a limestone cliff towering 120m above the Alzou valley, is the medieval village of Rocamadour. From the 12th to the 14th century, Rocamadour attracted religious pilgrims from every corner of Europe and was a main stop en route to Santiago de Compostela. Today, it is listed as a UNESCO World Heritage Site and one of France’s top five tourist destinations.

On average, Rocamadour attracts 1.5 million visitors every year, especially during the height of the summer season when crowds swarm past the 13th-century Port du Figuier and on to Rue de la Couronnerie, the main street in the village. Among the highlights is the monumental Grand Escalier leading to the church square and its seven sanctuaries. There, the Chapelle Notre-Dame houses the Black Madonna, which is made from walnut wood and believed to have been the source of numerous miracles. If making your way to the top requires a little effort, you may find it interesting to know that you follow in the footsteps of French and English nobility and that many pilgrims ascended the stairs on their knees!

Another must-visit clifftop village is St-Cirq-Lapopie, a medieval pearl overlooking the River Lot and voted the Village préféré des français(favourite village) in 2012. A Plus Beau Village, it is home to 13 monuments and became an artists’ hub after World War II, also attracting poets and writers such as surrealist André Breton who was smitten by the town when he first visited in 1950. A year later, when he returned to buy a summer home, he wrote in a village guestbook: “Each day when I wake up, I seem to open the window to the very rich hours, not only of art, but of nature and of life.”

Approximately 30km west of St-Cirq-Lapopie is Cahors, Lot’s attractive capital and a Ville d’Art et d’Histoire full of architectural masterpieces such as the iconic 14th-century Pont de Valentré with its three towers (according to legend, the central tower is said to be inhabited by the devil!) and six Gothic arches. A UNESCO World Heritage site, the bridge majestically stretches across the River Lot and is another monument listed on the historic route to Santiago de Compostela. The route also passes by the ancient cathedral of Saint-Étienne, a UNESCO site dating back to the 12th century and rising over the older part of town.

Buy a home near one of these delicious French market towns

Cahors is a gastronome’s dream with a colourful market reputed to be one of the best in the region. Offering a cornucopia of delicacies such as duck specialities, walnuts, melons, lamb and velvety Rocamadour goat’s cheese, it is held every Wednesday and Saturday on a lively square at the foot of the cathedral and is an excellent place to immerse yourself in the town’s laid-back southern atmosphere.

On Sundays, the charming town of Montcuq (part of the Cahors arrondissement) also delights with a wealth of culinary inspiration. Maxine Nelson, originally from Lancashire, moved to Montcuq in March of 2019 after living in Lot-et-Garonne and Dordogne. She refers to the town as “the absolute jewel of the region” and has her own stall at the market where she sells traditional British pies and pastries made with local produce.. Taking part in the market has helped her make friends and integrate into the community. Interestingly, most of her customers are French: “Though UK expats also buy our products, it’s the local French who are our main customers, so we must be doing something right!” Along with visiting markets, dining out is an excellent way to taste France, and Lot will please even the most discerning palates with its five Michelin-starred restaurants. Two are found in Lacave, a tiny village on the banks of the Dordogne known for its caves and 10th-century Château de Belcastel. One of them is Le Pont de l’Ouysse, headed by brothers Stéphane and Daniel Chambon, and famed for its exquisite gastronomic creations with foie gras and black truffle, the star of Lot’s winter table. The other is Château de la Treyne where the food is just as impressive as the setting. Classified as a historic monument, the restaurant has a Louis XIII dining room exuding grandeur with ornate ceilings, an imposing fireplace and elegant, tall windows. Lot’s gourmet bounty is perfectly complemented by the robust reds of the Cahors wine region. It is one of the oldest viticultural areas in France and the birthplace of Malbec, a grape that produces bold, inky wines packed with black fruits, spice and structured tannins. Often referred to as ‘black wines’, they pair exceptionally well with intense, full-bodied cheeses and rich dishes such as confit de canard and cassoulet. The Cahors wine region received AOC designation in 1971 and currently counts 67 estates.

Chas and Caroline Sharp have been living in Vire-sur-Lot, a small village in the heart of the vineyards, since April 2009. The couple worked in marketing in London before deciding to buy a 350-year-old winery which they turned into a successful business. Besides a popular restaurant, Le Caillau (lecaillau.com) also offers a pottery-painting café and a two-bedroom gite with private pool.

“We always loved France, its culture, people, food and wine,” says Chas. “We decided that the south-west was the ideal region with its excellent climate and location and were lucky to find a property we loved very quickly. Vire-sur-Lot is a rural community, but with our restaurant and the vineyards, it attracts many visitors both in and out of season. In addition, the medieval town of Puy l’Eveque and the beautiful market town of Prayssac are not far away,” he adds. Though the locals are welcoming and friendly, learning the language is important, especially for anyone looking to start a business. Equally, patience and persistence are key, according to Chas: “We built our business in stages, which has helped spread the load. In any country you should expect considerable amounts of administrative work, and France is certainly no exception. It’s really important to know who can help you. Make sure you have a sensible and realistic business plan – one that will provide sufficient income taking into account the rural nature of the community.”

Being a predominantly rural area means that the department of Lot has quite affordable house prices. “The average price for property is about €1,200/m2,” says Juliette Bailey, an estate agent at Leggett Immobilier. “Many are old farmhouses, barns and stone houses in little hamlets. There are a few larger market towns such as Gourdon, Souillac, Figeac and Cahors where the average price is higher,” she continues. “Historically, Lot has been the lesser-known department in the shadow of Dordogne, but particularly in the north where Gourdon and Souillac are within 30 minutes of Sarlat and the valley of the châteaux, it has reaped the benefits of attracting those who don’t want to be where the majority are, developing a bit of a secret cachet.” So, if you’re dreaming of living in a part of le Sud-Ouest that’s still relatively undiscovered, Lot is certainly a department to keep in mind when hunting for a place to call home.