Did you know these celebrities make French wines? 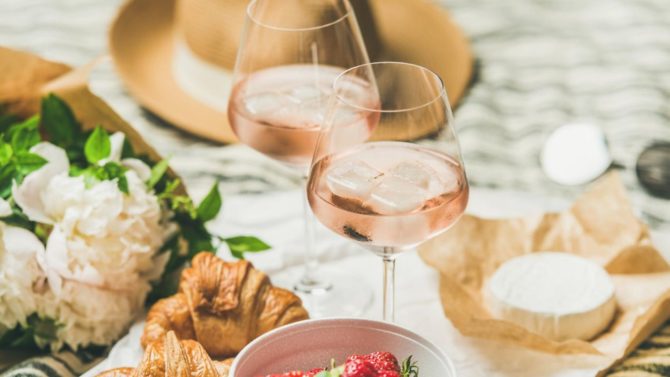 From Brangelina to Bon Jovi, these nine celebrities all have a hand in making French rosés, reds and champagne

Your own ! #miraval #provence #rosé #roséwine

1. Hollywood royalty Brad Pitt and Angelina Jolie bought the 2,500-acre Miraval estate in Provence in 2012 and work with the Perrin winemaking family to produce their award-winning rosé wines. Pitt has recently unveiled the vineyard’s latest release – a rosé champagne called Fleur de Miraval. Five years in the making, a limited first edition release of 20,000 bottles will be available on 15 October 2020.

2. Australian singer Kylie Minogue has collaborated with London-based distributor Benchmark Drinks to launch Kylie Minogue Wines, which released the Signature Rosé in May 2020. Her new Côtes de Provence rosé is made from Grenache, Cinsault and Rolle grapes at the 27-hectare Château des Anglades to the west of St-Tropez.

If you’re wondering how @avaline came about, here’s our story! @katherinepower #avaline

3. Actress Keira Knightly and her musician husband James Righton haved owned Les Cinq Puits, a small vineyard in the southern Rhône, since 2013. Producing a red wine from the Grenache grape, the vineyard is overseen by neighbours Luc and Sandrine Guenard of Château Valcombe who make the wine.

5. Aiming to “set a new standard for the wine industry”, actress Cameron Diaz and her business partner Katherine Power have just launched Avaline, a new range of vegan, organic wines that includes a French rosé. Diaz flew to France to be involved in the tastings.

If you’re looking for a sign to pop open a bottle of #HamptonWater, this is it. Don’t forget, $1 of every bottle sold this month benefits @wckitchen. Only 6 days left! #linkinbio to find us near you!

7. Rapper Jay Z increased his ownership stake in Armand de Brignac champagne, nicknamed ‘Ace of Spades’, in 2014. It is produced by the Cattier champagne house in Reims and sold in striking metallic bottles.

9. Actor John Malkovich and partner Nicole Peyran planted vines at their home in Vaucluse in 2008 and now produce five wines under the Les Quelles de la Coste label, including a Cabernet rosé and a Pinot Noir.

Making organic rose in Hérault: Our aim is to make wines that truly give a sense of terroir

Previous Article What impact has Covid-19 had on French currency transfers?
Next Article Dive into a wellbeing escape on the Atlantic coast in France