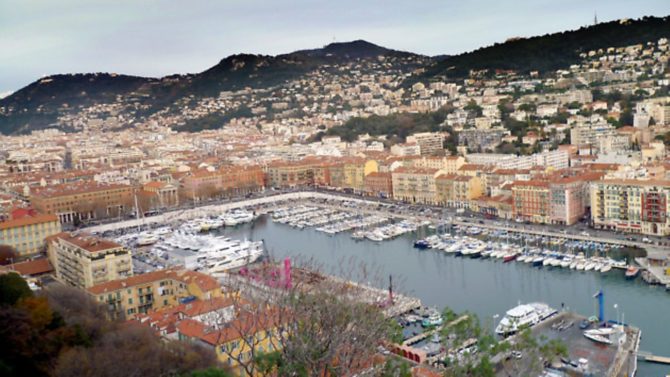 Having fallen in love with the Riviera on a winter holiday 15 years ago, Malcolm Pim returned to buy and now reflects on the fun and profitability of owning two apartments in its flagship city

In late 1999, my wife Claudia and I decided to plan a winter city break to Nice. We’d never been before but had a long-standing love of France and it sounded great, particularly in the winter. The Côte d’Azur was, of course, a winter holiday resort long before it became popular for the summer months.

Queen Victoria spent the winters there towards the end of her reign and several streets and buildings are named after her or members of her family. The hotels in Cimiez where she stayed – the Grand and the Excelsior Regina – are no more but in any case, we wanted to be a bit more central and downmarket. So, in January 2000, with easyJet flights and a comfortable hotel in Rue Pastorelli, we had our city break and loved it.

Nice seems to have more museums and art galleries than anywhere in France outside Paris, and if you can’t find a wonderful, well-priced restaurant, you’re not looking hard enough. Though sun and warmth are not absolutely guaranteed, our experience suggests that you’ll get some most days and usually quite a bit.

We enjoyed the trip so much we did exactly the same thing the following January and enjoyed it probably even more. On that visit, we found ourselves looking in the windows of estate agents and exclaiming our delight at the apparently very reasonable prices for property.

When we decided to repeat our trip the next year, in January 2002, we prepared in advance. We found a French solicitor based in the UK and her help was crucial; we still use her now. We also emailed a number of estate agents in Nice, telling them what we were looking for and what our budget was.

We were deluged with offers of properties to view and were taken round about half a dozen. Some were clearly not right but there were a couple within our budget that looked very attractive. We devised a matrix that enabled us to compare and score the characteristics of the two apartments – location, view, size, air-con (yes/no), local facilities, access to public transport etc. Armed with this, we sat at a pavement café in Avenue Jean Medecin (the main shopping street), scored the two properties, consulted our solicitor again and made a decision in favour of a small studio apartment in Carras, on the west side of Nice towards the airport.

It wasn’t quite that easy but we felt confident. With our solicitor’s help, we were able to complete the compromis de vente before we left Nice and finalised the purchase in late March 2002. Shortly after, we came back, driving down this time, to furnish and equip the apartment, staying in a hotel for a couple of days. Perhaps surprisingly, we really enjoyed the furnishing and equipping process, finding out more about Nice and meeting plenty of interesting and helpful people.

Having set the place up, we proceeded to look at ways of letting it out at the times we wouldn’t be using it ourselves, as had always been our intention. We decided not to place it with an agency but to do all the work ourselves (and that has continued to be the case ever since). The process was relatively straightforward – we set up our own website and advertised in FRANCE Magazine, holiday rental website Chez Nous and our employers’ intranet – and had our first booking in June 2002.

We put together various information leaflets about the apartment and wider Nice and we have used these, amended as necessary, for the past 13 years or so. We also developed a feedback form which all renters were asked to complete, which provided very useful information for us and resulted in numerous improvements of various kinds.

A couple of years after we bought the studio we noticed that there was to be a new off-plan development – a block of about 120 apartments – just around the corner. We researched the plans, talked to our solicitor and decided to go ahead with a purchase, choosing a one-bedroom apartment on the fifth floor at the front of the building which would guarantee us a full sea view.

As is the case with an off-plan purchase, we made payments in stages as the building went up over the next two years and finally took possession of our Villa Kappas apartment in late May 2006.

The view was everything we had hoped for and the apartment was twice the size of our little studio. We then furnished and equipped that apartment – enjoying the process at least as much this time – and set about marketing it too as a holiday let.

We let both properties out for two years or so but decided to sell the studio in 2008. We were getting reasonable levels of occupancy for both apartments but it was becoming more work than we really wanted, and we had no difficulty in selling the studio.

Since then, we have focused on Villa Kappas and this has been very rewarding. We have always kept our rental prices lower than the market rate, we don’t employ cleaners (renters are asked to clean up after themselves – and they do) and – what turned out to be an excellent USP – we accept bookings of any period with no fixed arrival or departure days. This has worked really well so that now 75% of our bookings are repeats which is very satisfying.

We have met quite a few of our renters, who have become good friends. Our year-round occupancy is about 55%, with the whole of the period from May to September usually sold out.

Our apartment has a bedroom, a living room with a corner kitchen, a bathroom and a separate WC. The bedroom and living room look out over the sea, as does the balcony which is a real suntrap.

Nice as a town is in a constant state of improvement and beautification. Apart from the pleasures of the beach and the Promenade des Anglais – that project instigated and paid for by an Englishman even before Queen Victoria started visiting – the town offers excellent shopping and eating options.

The Nice carnival in February is spectacular, and there is a world-class opera house in a beautiful building. The public transport system is extraordinarily efficient and cheap; bus routes will take you all over the town and beyond (Cannes, Antibes, Monaco, Vence) and the local railway station – Nice St-Augustin – gives you access to even more places, quickly and cheaply.

There’s even a bike system – Vélobleu – which we’ve used extensively. And the wonderful Nice tramway, opened in 2007, is being expanded east to west to include an airport to port route, going straight past – but also stopping by – our door.

We have loved our time in Nice, particularly in Villa Kappas – even the linguistically challenging AGM of the copropriété (management of the block of flats) – and have made some good friends, especially in Carras. However, for reasons of health and anno domini, we feel the time has come to sell up. The flat offers a superb base, either for straightforward ownership or in conjunction with a rental business.

As for us – well, we’ll carry on visiting Nice, staying in hotels, with friends or even renting a comfortable apartment with a sea view.

Malcolm’s apartment is for sale at €199,500 including secure parking. Furnishings, equipment and website are available separately.

Email: [email protected]If you have a property you’d like to rent out, why not advertise it in French Property News, FRANCE Magazine or Living France? Contact Amelia Olive on 01242 216070 for details