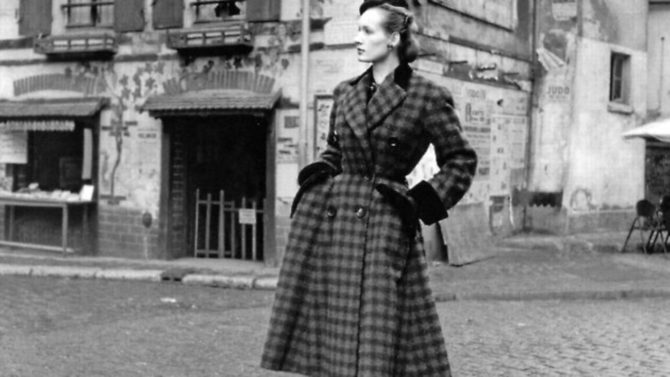 Dior, Chanel, Yves Saint Laurent… learn about the famous French fashion designers who have established the reputation of French fashion around the world

Louis Vuitton, Chanel, Dior… the list could go on forever. These are just a handful of the designers who have helped to establish France’s reputation as a world leader in all things fashion. Stylistically and technically innovative, the French fashion industry dates back as far as the 17th century and, despite occasional blips, its reputation endures.

It is fair to say that the French owe their chic style to Louis XIV, the ‘Sun King’, who reigned from 1643-1715. Louis had decidedly lavish taste, a clear example being the opulent Palace of Versailles. The monarch was renowned for his exquisite attire, and introduced the textile trade to France. He placed it under the control of the royal court, and soon it became the international authority on style. For centuries, France would be the place to go to find the highest-quality materials.

In the 19th century, France reaffirmed its love of fashion with the development of haute couture – fitting clothing to a particular client – and the opening of the great courtier houses. Englishman Charles Frederick Worth was the first to open a store, on Rue de la Paix in Paris, followed by Jacques Doucet, Paul Poiret and Madeleine Vionnet, among others.

The most famous of the fashion houses established in Paris in the early 20th century was that of Coco Chanel. The Saumur-born designer shunned uncomfortable garments such as the corset – which forced a woman’d upper body to match a particular shape. Chanel instead introduced looser, free-flowing designs, which proved immensely popular during the 1920s.

France’s fashion industry suffered considerably during World War II, when Chanel and other designers closed their stores during the German occupation. One country hoping to profit from this gap in the market was he USA, which aimed to strengthen its own industry by shifting media attention to American designers such as Claire McCardell.

After years of rationing and subsequent textile shortages, high fashion experienced a revival thanks largely to the work of Christian Dior, who became an iconic figure in post-war women’s fashion with his ‘new look’.

Characterised by a nipped in waist and A-line skirt that reached the mid-calf, Dior’s pioneering style transformed the female silhouette, but initially drew a lot of criticism due to the amount of fabric needed to produce his garments. Dior had the last word, declaring that “Europe has had enough of bombs, now it wants to see some fireworks.”

These words helped to fuel post-war optimism, and resulted in Dior being inundated with orders.

The French fashion world faced perhaps its biggest threat in the 1960s with the rise of youth culture in ‘swinging London’. British designer Mary Quant led the way, eschewing the formal Parisian garments for more audacious designs. These included extremely short mini-skirts which were adored by younger generations as a symbol of female emancipation and sexual liberation.

However, in the late 1960s it was the work of a young Yves Saint Laurent which would help Paris to reclaim its fashion crown. Importantly, Saint Laurent introduced a number of men’s jackets into the female wardrobe – namely ‘le smoking’ – and was the first couturier to produce a ready-to-wear collection. Today almost all of the original couture houses produce ready-to-wear lines that enjoy much greater press coverage than couture collection and are, ultimately, much more profitable, arguably contributing to high fashion’s longevity.

Previous Article WIN! A bottle of French champagne
Next Article French museums that fashion-lovers should visit