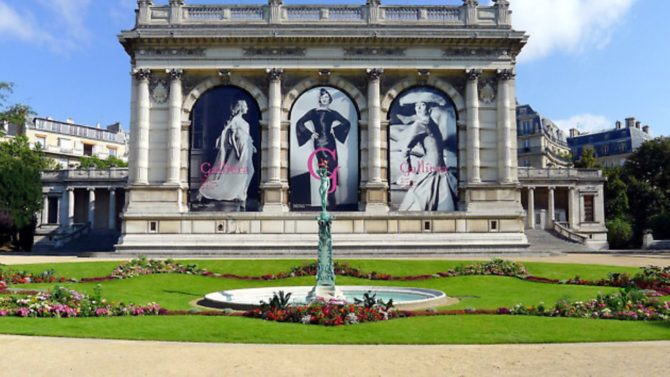 Situated within the elegant 19th-century Italianate Palais Galliera (which is worth a visit in its own right), this museum’s permanent collections include 65,000 pieces of clothing and accessories, with everything from canes and umbrellas to fans and gloves from the 18th century to the modern day. Rather than have the collections on permanent display the museum stages temporary exhibitions on different themes two or three times a year and the next one opens on 8 March 2017.

On the cliffs near this Normandy town stands ‘Les Rhumbs’, the house where Christian Dior grew up in the early 20th century. Today it is a museum dedicated to the visionary couturier, featuring memorabilia associated with his childhood in Granville and his career. Every summer, an exhibition is linked to a particular Dior collection.

This 21st-cenury museum is housed in a former lace factory with futuristic glass and steel additions, and traces the history of an industry that once made Calais a textile powerhouse. The exhibits include a range of costumes, from historical dresses with lace collars, petticoats and brocade gowns, to 20th-century haute-couture outfits. The museum also has a collection of looms; the highlight is watching a centuries-old machine, complete with 3,500 vertical and 11,000 horizontal threads, banging and clattering away.

Located in the Louvre’s Rohan and Marsan wings, the Musée de la Mode et su Texile boasts an impressive collection of textiles from the 7th century and costumes from the Regency period to the present day. The museum has works from top designers including Paul Poiret, Yves Saint Laurent and Christian Dior.

The Paris museums you won’t have heard of

This small museum in the red-brick city in Tarn contaions thousands of fashion items from the 18th century to the 1970s – all amassed by a private collector. Each year the museum displays around 100 pieces on a particular theme. In 2016, flowers were in the spotlight, with exhibits including floral haute-couture dresses once worn by Princess Grace of Monaco. This year, the topic is Morceaux choisis, covering five years of acquisitions and donations and opens on 30 March 2017.

Located in Paris, the Musée Pierre Cardin houses over a thousand pieces from the famous French designer. Known for his futuristic space-age dresses and use of bold colours and geometric shapes Cardin was at his height in the swinging 60s alongside Yves Saint Laurent. The collection takes you through Cardin’s work from 1950 until 2000 and shows the fabrics, materials and techniques used by the designer.

Set to open in autumn 2017 is a new museum dedicated to Yves Saint Laurent, one of France’s most iconic fashion designers. Known for his Mondrian dress and le smoking jacket, Saint Laurent was the first designer to launch a ready-to-wear collection and this new museum will display examples of his designs alongside accessories, sketches, photographs and videos. The studio where Saint Laurent works and the rooms where the collections were displayed will be opened to the public. The museums will be housed in the Fondation Pierre Bergé in Paris

Previous Article A history of French fashion
Next Article Could a franchise be the way you earn a living in France?