Regional Architecture: The stepped-gables of the Vercors and their history 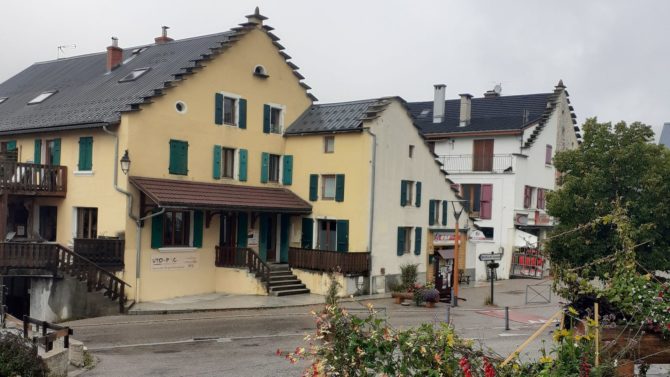 If you’re ever on your holidays or looking for a house in this particular part of the French Alps, you might have seen a quirky architectural feature and wondered what its purpose and its history is…

This noticeable architectural feature that’s seen on traditional farms and houses in the Vercors Quatre Montagnes area, is the crow-stepped gable, known as sauts de moineaux (sparrow steps) and les pignons à redents. Some gable walls here are topped with steps, a remnant of the 14th century thatched roofs, their original purpose was to prevent strong gusts of wind from lifting the straw and leaving homes susceptible to torrential weather.

In extending the gable wall upwards, a windbreaker is created and it protected the straw roof from wind, however it was found that this caused problems with rain, as walls would soak up the water which would then drip into the house and cause structural dampness. Therefore a tiered system was adopted, which allowed rain to flow down the steps which were made from local limestone.

These gables have become an icon of the area and despite modernisation bringing alternate materials such as slate, terracotta tiles and other resilient materials, the little steps remain. It is believed by some that the steps protect against witchcraft and dark magic, and they are sometimes referred to as fairy stairs. Hélène Rochas, a former ski instructor that finds inspiration in the landscape of the Vercors, has a pottery studio in Méaudre that is named L’atelier créatif petites fées, (the little fairies creative workshop) and features the iconic stepped gable that can be seen throughout the region when following the ViaVercors trail.

This style of architecture is not limited to this region and similar gable ends can be seen in Hauts-de-France, parts of Normandy, and Alsace in the Grand Est region, as well as in Belgium and the Netherlands.

Previous Article Island paradise: Why you should visit Vendée’s Île d’Yeu and Noirmoutier
Next Article Christmas, Chalets and Charente: the December 2021 issue of French Property News (plus Living France), out now!