Could you reduce your tax bill by moving to France? 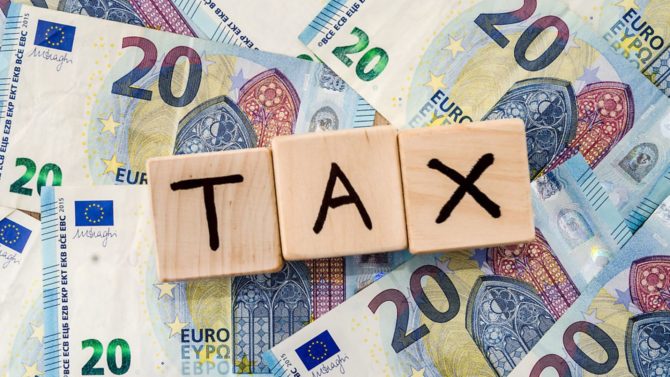 It is a common view that you pay very high taxes in France, so you might be surprised to learn that moving to France could actually cut your tax bill rather than increase it

Many people have the wrong definition of tax haven in their minds, i.e. they think that it is a place or country with no tax. The extended English Collins dictionary puts it very concisely: “A tax haven is a country or place that has a low rate of tax so that people choose to live there or register companies there in order to avoid paying higher tax in their own countries.”

All that needs to be proved is that, by simply moving to France, it is possible to be better off than where you lived before or currently live.

Is it likely that France is a tax haven for everybody? My objective is to point out, not with statistics, but with real maths, that France is not necessarily the high-tax country that everyone thinks it is. The big and very real problem is that the French system is a maze of complexity.

The different tax regimes available to businesses in France

The parts system is an interesting place to start, a system which essentially shares between household members the allowances and thresholds. The more people there are in the household, the more sharing takes place. It does not need to be a big household to work well.

If we consider a married couple, Mr and Mrs Robinson, both of UK state retirement age, where one is receiving pensions of the equivalent of €50,000 per year, the UK tax would be around €7,500 (depending on the exchange rate used).

The mere act of moving to France, means that their income tax bill reduces to around €3,760. Yes, you are reading that right, it is pretty much half!

One of the perplexing things about the French tax system is that there are so many laws and regulations; it is bewildering. People commonly just look at the tax bands, draw quick and incorrect, conclusions, and so dramatically miscalculate.

Is wealth tax an issue?

Wealth tax has offered a significant challenge for some, though it does not apply to many people, i.e. only to those fortunate enough to have a worldwide estate above €1.3m. The good news is that this tax is changing into a property tax and so will only be applied to property (and funds investing in property). So avoiding this tax has never been easier. There are allowances to consider, such as 30% on the main home and offsetting all tax, debt etc. This means that owning a house (maybe a magnificent château) valued at €1.8m and €10m in capital, gives rise to a wealth tax bill of nothing at all!

Good news here too. We have seen taxe d’habitation and taxe foncière increase significantly over the last few years. Thankfully, we are in for a considerable cut, that being taxe d’habitation, which for many people will reduce to zero. This means that, even those with relatively high levels of income (for example, couples with tax referenced income up to €45,000 per year), will not have to pay this tax by 2020!

The new tax is 30% but thankfully this includes social charges, which are now 17.2%, so actually the flat tax is just 12.8%. This does have an effect on assurance vie investments after eight years, which could be taxed at 7.5%, so this adds 5.3%.

Under the old system, in the early years, tax at source rates started at 35% plus 17.2% social charges, but under the new system, the tax rate is just 12.8%, clearly a helpful improvement. With some careful financial planning, it is possible to make substantial savings, being assessed via the declaration, since much of the income from an assurance vie is not even deemed ‘taxable’.

To illustrate that this tax is hardly an issue, if Mr and Mrs Robinson were drawing their €50,000 from an assurance vie instead of a pension, their income tax bill would be a huge €0!

In conclusion, France is one of the most amazing countries in the world to live and what’s more, it can be a tax haven – and could be for you!

How do you challenge an incorrect income tax bill?

What is taxe d’habitation and do I have to pay it?

Previous Article Join our team! We are looking for a staff writer
Next Article Have you tried these traditional French sweets?