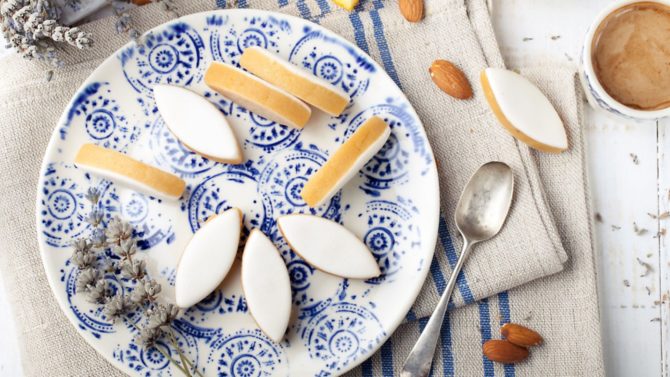 Salted caramel is now a popular addition to ice creams, cakes, spreads and sauces, but its origins lie in Quiberon on the coast of Brittany. In 1977, chocolatier Henri Le Roux wanted to decided to transform some creamy caramel into chewy, cubed sweets using salted butter. It is now one of the France’s favourite sweets and a cultural symbol in Brittany.

According to legend, this cutely named minty bonbon is the result of an apprentice’s mistake nearly two centuries ago. Émile Afchain was working in a Cambrai sweet shop in 1830 when he miscalculated the amount of sugar and mint to put in a bon-bon recipe. He was reprimanded for his bêtise (blunder) and told to sell them off, but his sweet proved so popular that the recipe was changed and the name ‘bêtise’ adopted.

Chestnuts crystallised in sugar syrup and glazed with caster sugar are a particular favourite at Christmas. Some credit Louis XIV’s confectioner for their invention, while others look to Lyon or Coni in Italy. What is indisputable is that the Faugier factory in the Ardèche capital of Privas was the first to mass-produce marrons glacés in 1882 and the company remains the biggest supplier.

These octagonal white sweets from the famous spa resort in Allier have been around since the 1820s and were a favourite of Emperor Napoléon III’s wife, Eugénie. They contain minerals found in Vichy’s thermal waters and are reputed to aid digestion. The sweets are appreciated for their fresh and natural flavours such as lemon, aniseed or mint.

This petal-shaped sweet is made with a mixture of crushed almonds, crystallised melon and orange zest that is layered over a wafer and topped with royal icing. The calissons date back to the late Middle Ages – possibly to a royal wedding in Provence. Today, the manufacturing process is tightly controlled to ensure each one is the same size, shape and weight.

Quiz: How many of these traditional French foods have you tried?

These white oval sweets consist of a tiny aniseed coated in fine layers of sugary syrup with the coating process taking 15 days. They were first created in the eight century by monks who lived in the abbey at Flavigny-sur-Ozerain. To this day, they are still handmade in the traditional way by Maison Troubat in the grounds of the abbey. It has been reported that Louis XIV had a box of them in his pocket at all times!

As the emblem of Toulouse, violets are used in all sorts of recipes but the traditional recipe is quite simple. The flowers are picked in the winter and early spring before being coated in sugar and cristalised. True violettes should be blue and not purple!

Previous Article Could you reduce your tax bill by moving to France?
Next Article Campsites and caravan sites across France