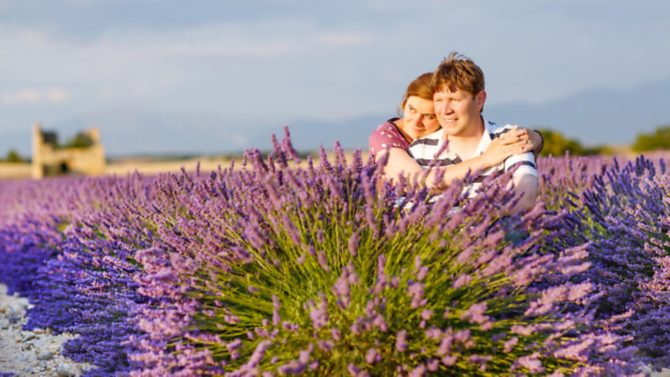 Following recent changes to legislation in France and the UK, Matthew Cameron explains the legal implications of civil partnership relationships in France

When the editorial team at French Property News invited me to write an article on estate planning in civil partnership relationships, I initially thought that I may have some difficulty reaching the standard word count. That was perhaps a little naive: there is much to consider.

Most readers will appreciate what a civil partnership is, although for the avoidance of doubt we shall consider this point. A French Pacte Civil de Solidarité (PACS) is a co-habitation agreement that has been in existence since 1999, effectively as an alternative to marriage.

A couple living together (providing they were not already married to each other or anyone else, in a PACS or related) could complete a PACS. The couple could either be a heterosexual or same-sex couple. A British Civil Partnerships Act Agreement (CPA) came into existence in 2005, on a similar premise save that it was only available for same-sex couples (the rationale being that a heterosexual couple could marry).

There has been some movement in the position since the institution of these two arrangements. Both the UK and France do now recognise in the eyes of the law that a same-sex couple can marry.

We shall therefore look at some of the main points affecting these different scenarios. We shall need to bear in mind the current regime of inheritance rules in France, which leaves a fixed interest to a person’s children on death.

So we see that a surviving spouse would take an interest in the deceased person’s French assets. That, though, is not the case for a couple who have completed a CPA or a PACS. Such agreements do not confer upon the parties any succession rights between them.

The difference, then, between a married couple and a couple that had completed some form of civil partnership agreement, is that the married couple could count on at least a minimum interest passing to the survivor (although had the deceased written a will, he or she could have expressly deprived the survivor of a specific right of inheritance).

One point of note that is the same whether a couple had married or were in a civil partnership is in relation to inheritance tax: there is an exemption to French inheritance tax to a surviving spouse or civil partner, and this is indeed the case in the UK as well.

This was not always the case though. When the Civil Partnerships Act 2005 first came into force in the UK, a British CPA was not initially recognised in France as being the equivalent of a PACS, and therefore a couple who had completed a British CPA would still have been treated in France as ‘strangers in blood’, and as such any legacies passing between them on death would have been taxed at 60%. Thankfully, this anomaly was soon rectified.

Recent legislative changes either side of the Channel have enabled same-sex marriage. It now follows, therefore, that a same-sex couple will be treated exactly the same, legally, as a heterosexual couple. Perhaps there will be less call in the future for civil partnerships in general as a result.

Nevertheless, it is always going to be important to bear in mind that for those couples who remain subject to a CPA or a PACS, careful consideration is required for estate planning matters. If the couple want to ensure that the survivor of them would inherit the whole of the property absolutely, then they will have a number of options.

They could simply prepare French wills to this end, and under the current regime that would require that neither of them has any children. If there are children, then those children would of course have a reserved interest in a portion of the estate. Inclusion of a tontine clause in the purchase deed would overcome this, although it is important to remember that a tontine clause cannot be inserted after completion of the purchase deed. There are other potential concerns with tontine ownership, and it is wise to consider the pros and cons of this method of ownership before deciding upon it as an option.

It should also be possible for a British couple to select the law of their nationality to apply to their French estate, in accordance with the terms of the EU regulation on succession coming into force on 17 August 2015.

There will, though, inevitably be a number of concerns with this – one being that it is likely to be several years before we have any definitive answer on the workings of the regulations, and another being that if the British couple are Scottish, then Scottish inheritance rules will apply, and these invoke their own reserved interests. The new regime may not necessarily offer all of the opportunities that some seem to believe.

I mentioned above that a same-sex couple is able to marry now, and that marriage would be fully recognised in either jurisdiction. Indeed the definition of marriage in the French civil code now includes a confirmation that marriage can be contracted by two people of different sex or of the same sex.

This means that a same-sex couple could now select a French matrimonial regime, allowing their French assets to pass absolutely to the survivor. It has long been possible for a heterosexual married couple to change their matrimonial regime, often to adopt a universal community of assets regime (communauté universelle de biens).

Provided that this is drafted suitably, and provided there are no children from different relationships, the change of regime has been a good estate planning tool for married couples in the past. It can now be useful for same-sex married couples too.

What is clear, though, is that civil partners and married couples should not only bear in mind the situation between them, but also how their assets would pass at the time of the second death. While there may be any number of different ways to ensure that the survivor would inherit all of the French estate, and without any adverse inheritance tax consequences, the situation on second death may not be as suitable.

If the first to die had children but left the French estate to the survivor, with that survivor aiming to leave everything to his or her stepchildren, then French inheritance tax at 60% is a real risk.