Where to buy French property… to escape the crowds 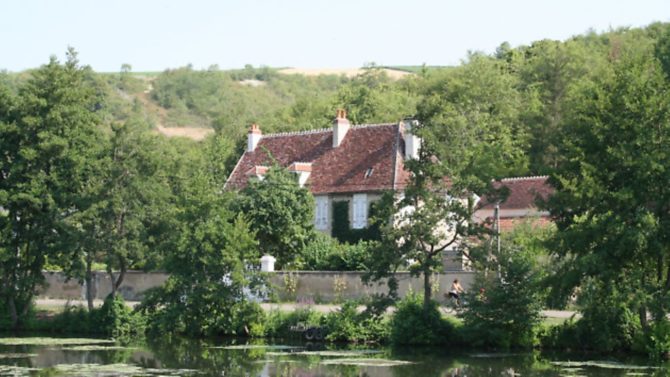 Karen Tait goes in search of peace and solitude

With a population density of 114/km2, compared to 255/km2 in England, it’s clear to see that France offers plenty of space for those looking to escape the rat race. Away from the cities, rural areas offer a tranquil, somewhat old-fashioned way of life, with little industry or traffic. An added bonus is that property tends to be cheap in sparsely populated areas.

If less is more when it comes to your choice of location, the regions that offer the most space per person are:

• Limousin (population density 44/km2) – at the heart of France, this unspoilt area is full of forests, rolling hills, valleys, lakes, rivers, and pretty villages. Limoges, the capital, is famed for its pottery – it also has an airport with UK flights, while a second airport is located at Brive-la-Gaillarde. Within Limousin, the Creuse department is the least populated with just 22 people per km2. The average regional house price is €105,000.

• Burgundy (52/km2) – renowned for its fine wines and gastronomy, Burgundy is a region of vineyards, waterways and charming villages. The capital, Dijon, is full of history, as is the beautiful town of Beaune, but away from these urban centres life continues at a much slower pace, particularly within the Morvan regional park. The Nièvre department is the quietest area with just 32 people per km2. Burgundy’s average house price is €120,000.

• Auvergne (52/km2) – in the northern Massif Central, Auvergne’s landscape is characterised by extinct volcanoes, criss-crossed by rivers and punctuated by pretty villages. There are ski resorts here too, with cross-country skiing being particularly popular. In the past it was a difficult place to reach, but with flights into Clermond-Ferrand, the regional capital, this is no longer the case. The department of Cantal has the lowest population density (26/km2). The average regional house price is €116,300.

• Champagne-Ardennes (52/km2) – here people are outnumbered by vines! This northern region is known the world over for champagne, but it also offers dense forests, leisure lakes and elegant towns. The closest airport is Paris, but the region is easy to reach by TGV trains into the historic capital Reims. With just 30 people per km2, Haute-Marne is the least populated department. The average regional house price is €130,600.

• Midi-Pyrénées (64/km2) – the largest of the mainland regions, with eight departments, and bordering Spain to the south, Midi-Pyrénées offers stunning countryside that ranges from dramatic gorges to rolling hills. It is also home to the lively city of Toulouse (with its international airport) as well as picturesque bastide towns and villages, châteaux and a handful of ski resorts. The least populated departments are Gers (30/km2), Ariège (31/km2), Aveyron (32/km2) and Lot (33/km2), and the average regional house price is €156,000.

Away from these areas, departments with notably sparse populations include Lozère in Languedoc-Roussillon, with just 15 people per km2, Alpes-de-Haute-Provence (23/km2) and Hautes-Alpes (25/km2), both in inland Provence-Alpes-Côte d’Azur, and Indre in Centre (34/km2).