Discover the 5 cheapest holiday home locations in France – and a new trend! 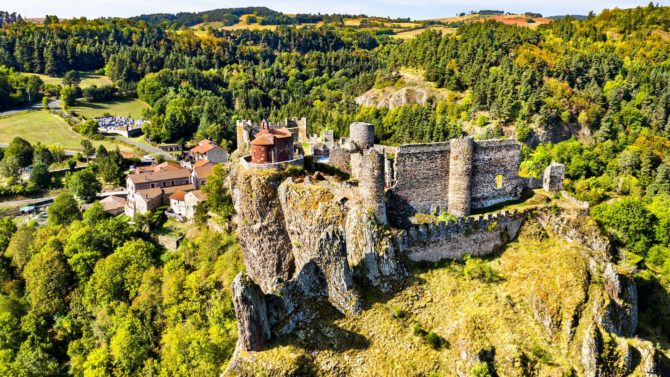 Second homes in France account for 10% of the country’s housing stock, with an average price of €280,900. But where can you find a bargain? And where are prices highest? And how has the Covid pandemic affected the holiday home market?

According to French property commentator SeLoger, Covid restrictions over the past couple of years have seen city dwellers seeking out green space and larger homes in the countryside. It’s also led to a new phenomenon: the rise of the ‘résidence semi-principale‘ – a semi-main home or secondary main home.

The ability to work from home, or télétravail, has fuelled this new trend, enabling people to work from their second home for part of the week; sometimes children will even be schooled where the second property is located. Consequently, the lines have blurred between the main and second home.

But which areas of France offer the cheapest second homes? An LPI-SeLoger Barometer ranking of second home prices across the former regions of France reveals the areas that offer the most bang for your buck.

The old region of Auvergne (now part of the wider Auvergne-Rhône-Alpes region) included the departments of Allier, Puy de Dôme, Cantal and Haute-Loire. A sparsely populated region with magnificent volcanic mountain scenery, it was difficult to access and poor in the past. Now, along with many of the other cheaper areas of France, it offers tranquil countryside, a place to enjoy the Great Outdoors and escape the bustle of the cities and towns. The region is home to the Volcans d’Auvergne Regional Natural Park.

The regional capital is Clermont-Ferrand, which has a striking cathedral built from black volcanic stone and is home to the Michelin tyre company and museum, while Vichy is a popular spa town (the Auvergne produces several mineral waters including Volvic) and Le-Puy-en-Velay, a key starting point on the medieval pilgrimage route to Santiago de Compostella, has an important Romanesque cathedral.

Now part of the Grand-Est administrative region, Lorraine was made up of the Meurthe-et-Moselle, Meuse, Moselle and Vosges departments. Lorraine used to be synonymous with coal, iron and steel industries, but today it is largely rural, home to the Vosges mountains and Verdun forest, which offer hiking and skiing, as well as the Lorraine Regional Natural Park. The main ski resort is Gérardmer.

The largest metropolitan area is Nancy, former seat of the Dukes of Lorraine, famed for its grand Place Stanislas and Art Nouveau buildings, while Metz has a Gothic cathedral of St-Étienne and contemporary art centre Pompidou-Metz. Other main towns include Epinal, Forbach, Lunéville, Montigny-lès-Metz, St-Die-des-Vosges, Sarreguemines, Vandoevre-lès-Nancy and Thionville. There are two Plus Beaux Villages, Rodemack and St-Quirin

Lorraine has a fascinating history. At the crossroads of four nations, its borders have changed often and its rulers intermarried with royal families over all of Europe. Today it borders Belgium, Luxembourg and Germany, which gives it a unique culture too. As recently as 1919, a portion of territory that had belonged to the German Alsace-Lorraine area became French following the Treaty of Versailles.

Getting there: The nearest airports are in Paris and Strasbourg; Eurostar to Paris, TGV high-speed trains to Nancy, then regional services; Nancy is 481km from Calais.

Comprising the departments of Creuse, Corrèze, Haute-Vienne, Limousin used to be an isolated part of central France, where sheep/cows outnumbered people – today, it is prized for its beef farming, especially the distinctive russet red Limousin breed. On the western side of the Massif Central, it’s a hilly area criss-crossed with streams and rivers and dotted with lakes, making it a popular area for outdoors activities and holidays. The region contains part of the Périgord-Limousin Regional Nature Park.

The regional capital, Limoges, was world-renowned for its porcelain, while  Aubusson was famous for tapestries. Other main towns are Brive-la-Gaillarde, Tulle, Ussel, Guéret, Bellac and Rochechouart.

The Plus Beaux Villages association originated in Limousin, in the colourful village of Collonges-la-Rouge; other listed villages include Turenne, Curemont, Ségur-le-Château, St-Robert and Mortemart. Although not listed, Rocamadour is also a major tourist attraction.

Somewhat ironically, Limousin is now part of the super-sized Nouvelle-Aquitaine region, which also swallowed up the old Aquitaine region, where second-home prices were highest in the SeLoger report. This can be explained by the coastal areas of Aquitaine, big cities like Bordeaux and the renowned vineyards, while Limousin is entirely landlocked and rural.

Getting there: Limoges airport; Eurostar to Paris, TGV from Paris to Limoges then regional services; Limoges is 680km from Calais.

Now part of the Grand-Est region, Champagne-Ardenne includes the Ardennes, Aube, Marne and Haute-Marne departments. Although land prices for the champagne vineyards are high, it’s easy to find a cheap second home in the pretty villages or countryside here. As with the previous regions, it is one of France’s least populated areas. As well as vineyards there are large agricultural fields, the Fôret d’Orient Regional Natural Park, and popular leisure lakes.

The regional capital is Châlons-en-Champagne, but the region is better known for the champagne towns of Epernay and Reims (where many kings of France were crowned in its Gothic cathedral), the medieval town of Troyes with its half-timbered buildings, the walled town of Langres and Sedan with its vast feudal fortress, while the square in Charleville-Mézières is almost identical to the Place des Vosges in Paris. Other main towns include Rethel, Vouziers, Bar-sur-Aube, Nogent-sur-Seine, Vitry-le-Francois, Chaumont and St-Dizier.

Getting there: Paris and Metz are the closest airports; Eurostar to Paris, TGV from Paris to Châlons then regional trains; Châlons is 321km from Calais.

Comprising the eight departments of Ariège, Aveyron, Haute-Garonne, Gers, Lot, Hautes-Pyrénées, Tarn and Tarn-et-Garonne, the MIdi-Pyrénées was the largest region in France before becoming part of the even larger Occitanie region.

It is known for its beautiful Pyrenean scenery and picturesque villages, as well as the dynamic capital Toulouse which has an important aerospace industry. While the Toulouse area is relatively densely populated, other parts of the department are sleepy backwaters, where the numbers of inhabitants are temporarily swelled by summer tourists.

There are many attractive towns in the region, including the pilgrimage hotspot Lourdes, Albi with its vast brick cathedral and Toulouse-Lautrec museum, Cahors with its much-photographed bridge over the River Lot, while Millau is known for its incredible 343m-high viaduct. Indeed, many of the main towns are tourist attractions in their own rights including Montauban, Auch, Blagnac, Castres, Colomiers, Muret, Rodez, Tarbes and Tournefeuille.

The area is known for its wines as well as being home to the famous south-west dish cassoulet, and it’s also a passionate rugby area.

Getting there: Toulouse airport has flights from several UK airports; Eurostar to Paris, TGV from Paris to Toulouse then regional train services; Toulouse is 965km from Calais.

The most expensive place for a second home is Aquitaine at €383,800 (comprising the departments of Dordogne, Lot-et-Garonne, Gironde, Landes, Pyrénées-Atlantiques). Prices are pushed up by the regional capital Bordeaux, seaside resorts and world-renowned vineyards but away from these areas, in rural Dordogne, for example, remarkably good value property can be found.

Surprisingly, the Paris region, Île-de-France, where you’d normally expect the highest prices, was in second position, with an average price of €367,300.

In third place, we head south to the Mediterranean where the glamorous PACA region (departments of Bouches-du-Rhône, Var, Vaucluse, Alpes-Maritimes, Alpes-de-Hautes-Provence, Hautes-Alpes) has an average price of €356,100.

This is followed by Rhône-Alpes with its ski resorts (Rhône, Ain, Haute-Savoie, Savoie, Loire, Isère, Ardèche, Drôme) at €315,500, and Poitou-Charentes (Charente, Deux-Sèvres, Charente-Maritime, Vienne), which includes desirable islands like the Ile de Ré, at €306,100.

Of course, there are considerable difference in price within the regions themselves, with the highest prices to be found on the coast, where there is the highest concentration of second homes.

For example, in Aquitaine, in parts of the chic town of Arcachon in Gironde, average prices are €3,410/m², whereas head inland to the Dordogne and you’ll find prices as low as €800/m² in the St-Aulaye area.

In some coastal communes, mayors frustrated by the high proportion of holiday homes have given locals preferential rights to buy property.

THE COST OF OWNING A SECOND HOME IN FRANCE

From routine maintenance costs such as heating and insurance to property taxes, a second home naturally incurs significant ?annual? expenses, estimated to be around 5% to 7% of the value of the property (for example, around €14,045-€19,663 for a second home valued at €280,900).

HOW THE FRENCH REGIONS* RANKED

How the regions changed in 2016

The 5 cheapest departments to buy a French property