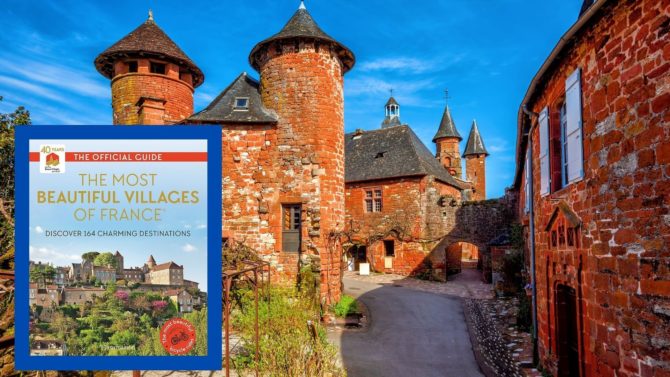 It all began in the early 1980s in the village of Collonges-la-Rouge, a triumph of red sandstone in deepest Corrèze. The rural exodus and threat of destruction to the village’s rich heritage gave mayor Charles Ceyrac a headache: How could Collonges’ fortunes be revived?

Inspiration lay in a book edited by Sélection du Reader’s Digest which Ceyrac spotted in a shop window, which had his village on the front cover along with the headline ‘Les Plus Beaux Villages de France’ (France’s Most Beautiful Villages). With the assistance of 66 other councils from around France, he founded Les Plus Beaux Village de France association in Salers, Cantal, in 1982, giving villages like Collonges another shot at survival.

The organisation has gone from strength to strength and today there are 164 villages across France who proudly hold the Plus Beau Village title. 2022 marks its 40th anniversary and to celebrate, we’re running a special competition.

You can find the ultimate guide to each of the villages in Flammarion Editions’ The Most Beautiful Villages of France: The Official Guide (£16.95), which comes in English and French editions. Each village is accompanied by a handy map plus recommendations for the best things to see and do, plus where to eat and stay. The book is released on 22 March 2022 – enter our competition below for your chance to win!

Previous Article Discover the 5 cheapest holiday home locations in France – and a new trend!
Next Article 12 houses for sale in France that are cheaper than a new family car