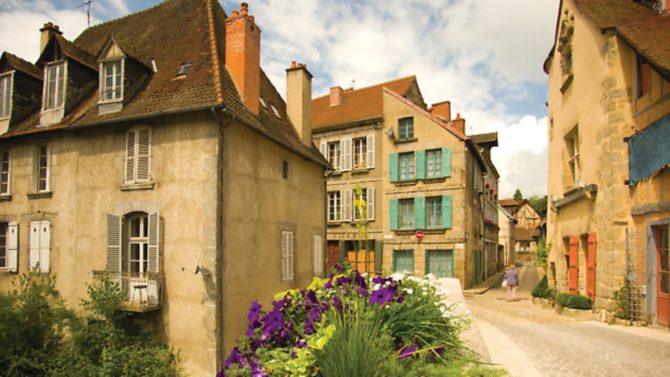 Small budget? You can buy a French property for less than €100,000 in all of these 8 departments in France

Right in the heart of France in the former Limousin region, Creuse is the perfect spot for those seeing a tranquil sanctuary with miles of rolling countryside and hardly any neighbours; in fact, cows far outnumber people here. This rural isolation is reflected in the price of property. Creuse, which covers 5,565km, holds the title of being the cheapest department in France, with property prices averaging just €70,900. The largest towns include the capital Guéret, Aubusson and La Souterraine. These are the most populated areas, and are also the centre of the department’s handicraft industry which, along with agriculture and tourism, is the main trade.

An unspoilt, rural department of lush green countryside, 4,000km of rivers and the forests and rolling hills of the Suisse Normande, Orne covers 6,103km and property prices here average €97,300. There are no major cities in the department. The capital, Alençon, is a quaint town, home to the world-renowned lace Point d’Alençon which is celebrated in the town’s Musée des Beaux-Arts et de la Dentelle. Nature lovers are well catered for, with the Parc Naturel Régional Normandie-Maine providing walking, fishing and cycling opportunities. This is also an area of equestrian excellence boasting numerous racecourses and studs, as well as plenty of bridleways.

Situated almost in the very centre of France with an average property price of €89,000, Indre has an interesting mix of Plus Beaux Villages, châteaux and natural beauty. Highlights include the charming medieval towns of Châteauroux (the departmental capital) and Valencay, and the historic villages of St-Benoit-du-Sault and Gargilesse-Dampierre, home to a series of beautiful frescoes and a house once owned by author George Sand. Just outside Châteauroux is a vast forest with plenty of trails and cycle routes for lovers of the outdoors.

Nestled in the Pyrénées mountains bordering Spain and Andorra in the south of France, Ariège is sparsely populated and largely unspoilt, with over 50% of the territory mountainous and 491,000 hectares of forest. Property prices here average €84,600. There is the Orlu valley nature reserve and the Pyrénées-Ariégeoises regional park to explore, plus a number of prehistoric caves, Cathar castles and pretty villages such as Mirepoix and Tourtouse. Its capital, Foix, is the least populated departmental capital in France, with just 9,000 inhabitants. There are several ski resorts in Ariège as well as a spa town, Ax-les-Thermes.

In the north of the former region of Languedoc-Roussillon, Lozère is another sparsely populated department; at the last census its largest town had no more than 13,000 inhabitants, and the smallest less than 40. The average property price here is €81,000. An outdoor playground, Lozère is filled with natural wonders such as the Aubrac Plateau, the wild Cévennes and the Tarn gorges. Not surprisingly, it attracts intrepid travellers who come to walk, kayak, camp and spot wildlife. Sites of archaeological importance include the Cham des Bondons plateau. The capital, Mende, is an attractive town with a historic centre bordered by boulevards where ramparts once stood, and lots of half-timbered houses.

Where to buy a bargain property on the French Riviera

With some 1,800km of waterways, thick forests and rolling farmland, the rural department of Haute-Marne is a haven for nature lovers. Property prices here come in at €79,500 on average. The capital, Chaumont, was prominent in the world of glove-making in the 19th century and now hosts the International Poster and Graphics Festival, as well as religious festival Le Grand Pardon de Chaumont. Local specialities include the orange cheese from Langres, which is matured in champagne for a distinctive flavour.

Scattered with small villages and vineyards, Nièvre is a very rural department with only three towns of more than 100,000 inhabitants. Property prices here average just €70,000. The capital, Nevers, can trace its history back to Roman times and stands on the River Loire, with most of its buildings dating from between the 14th and 17th centuries. Nièvre is well known for its AOC white wine Pouilly-Fumé, which is made from Sauvignon Blanc grapes. A boat trip on the Canal du Nivernais is an excellent way to see life in the department from the slow lane.

Former Duchy of Bourbonnais and named after the river that runs through it, Allier is largely rural with mountains, farmland and forests within its borders. The average property price here is €90,000. Historic buildings from the duchy are visible, including the Château des Ducs de Bourbon in Montluçon. The department is famous for its thermal waters and has three spa towns, including Vichy which was the base of the Vichy government during World War II. Moulins, its capital, boasts a cathedral with striking stained glass windows and a costume museum.

Together with Indre, Cher was formerly part of the historical Berry region of France and is today composed of five different ‘countries’: the Pays Sancerre Sologne, Pays Loire Val d’Aubois, Pays Berry St-Amandois, Pays de Bourges and Pays de Vierzon. To the west you find the Champagne berrichonne, a limestone plateau home to the Quincy AOC vineyards. Bourges, the departmental capital, is most famous for its UNESCO-listed Gothic cathedral – but best known is the village of Sancerre with its exquisite wines.

Named after the eponymous river and a paradise for anglers, Meuse was one of the battlefields of World War I, the legacy of which can still be seen in the landscape and in the many memorials to those who died here. The department is also known for its medieval fortified churches and for its half-timbered houses, some fine examples of which can be found in the capital Bar-Le-Duc (the only town in Grand-Est designated a ville d’art et d’histoire), Mognéville and Contrisson.