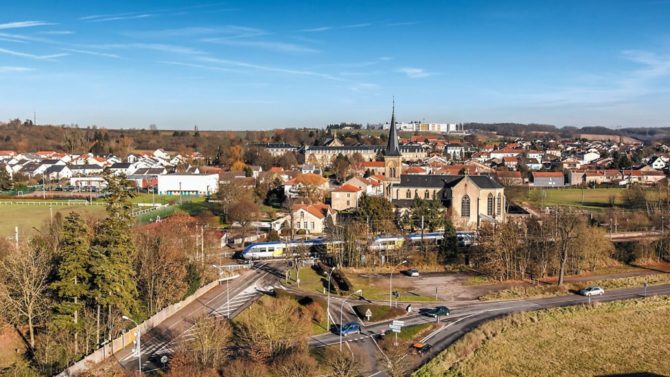 A colossal two-year study of almost 35,000 towns, cities and villages has crowned these six communities as the best places to live in France

So you already know the most beautiful villages in France, the hotspots that grace the covers of the tourist guides and have the Plus Beaux Villages de France label. You’ve been there, done that, bought the ceramic souvenir and taken a million photographs. But what about the villages and towns in France where you’d actually want to live? Which communities offer the best quality of life?

Of course it would take years to come up with any kind of objective answer. There are so many factors to consider, such as security, transport, shops and services, health, education, sports and leisure and solidarity. But we’re glad you asked because researchers at the Villes et villages où il fait bon vivre association have done just that. Over two years, they analysed and compared a grand total of 34,841 French communities on no fewer than 182 quantitative indicators, to come up with a definitive ranking of France’s best communities.

In the category of communes with 2,000 inhabitants or fewer, the village of Peltre, not far from the German and Luxembourg borders, was the winner, followed by Guéthary in the Basque country and Martinvast on the Cotentin peninsula in Normandy.

Peltre is an unassuming village in Moselle, the most populated department in the historical Lorraine region of eastern France. Thanks to its train station, you can commute to the department capital Metz in seven minutes, while enjoying a more rural, relaxed life outside the city.

Even though it is not quite a town, the community also has a hospital, a separate maternity and children’s hospital, three doctors, several specialist practitioners and schools covering all age groups.

On the Atlantic coast between the more famous resorts of Biarritz and St-Jean-de-Luz, Guéthary is a quintessential Basque beach village with views of the spectacular Pyrénées.Although it’s in the bottom south-west corner of France, it’s possible to get there by train in less than five hours from Paris and there’s an airport just six miles away.

Naturally, the village has a surf club but there are lots of other sport and cultural activities, including an art museum and library. There’s a preschool and primary school, retirement home, doctor’s, dentists, other health specialists and plenty of shops and restaurants thanks to the tourism industry.

Near the top of the Cotentin peninsula, Martinvast is only minutes from the port of Cherbourg but far enough away to be surrounded by lush rolling countryside. Despite its charming château with English-style garden, it’s the kind place Brits drive straight past on their journey deeper into Normandy and beyond.

The strong farming community no longer has a train station, but transport links are good and there’s a leisure centre, doctor’s, chemist’s and home help service There are also basic shops and amenities such as a vets, garage and organic cooperative.

In the category of communes with more than 2,000 inhabitants, the small Alpine city of Annecy triumphed, followed by Bayonne (Pyrénées-Atlantiques) and La Rochelle, the historic port in Charente-Maritime.

Annecy, the capital of Haute-Savoie, was victorious thanks to its high employment rates and the purchasing power of residents, which is due in part to the proximity of job opportunities in neighbouring Switzerland. The city is just 35km from Geneva and is situated on the northern tip of a vast lake often hailed as Europe’s cleanest, within easy reach of world-class ski resorts. It is also nicknamed the Venice of the Alps because of the pretty canals and river that criss-cross its centre, which have helped its handicraft and tourism activities thrive. On the downside, property prices are not cheap and pollution can be a problem. The average house price is €521,500 and in Haute-Savoie generally is €368,000.

Bayonne is a small Basque city of some 51,000 people in Pyrénées-Atlantiques just inland from Biarritz on the confluence of the Adour and Nive rivers. Less than half an hour from Guéthary mentioned above, it has a high-speed rail link and is 15 minutes from an airport.

La Rochelle is a famous historic port on the Atlantic coast in sunny Charente-Maritime. It’s a lively all-year-round community with a strong cultural and leisure offering thanks to its tourism trade. As a large town of 75,400, it has a high-speed rail link, airport, schools, hospitals and other amenities.

France’s largest cities Paris, Lyon and Marseille feature low on the list, ranked at 58, 56 and 85 respectively. Among larger destinations popular with expats, Nice, Avignon and Bordeaux also fall within the top 10.

All the data for the survey was collected from the French Institut National de la Statistique et des Etudes Economiques (INSEE). Researchers deliberately avoided asking residents to fill out surveys, as people would no doubt have individual subjective feelings about their own place of residence.

Visit villesetvillagesouilfaitbonvivre.com for the full rankings and details of the methodology.