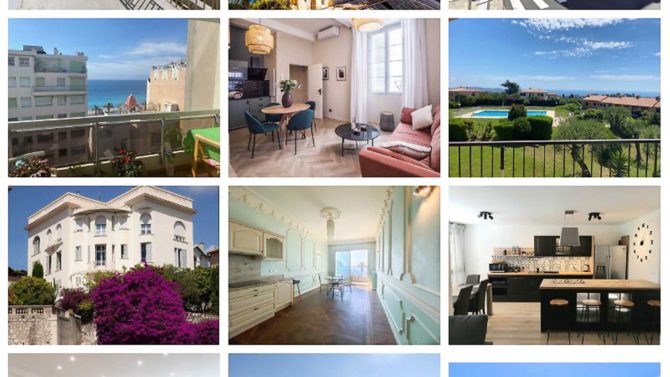 It’s nice to be in Nice, as they say. And there’s a new reason to visit the Riviera capital now as it has just been added to the prestigious Unesco World Heritage list, which includes over 40 locations in France. Joining Nice on this year’s honours list are the spa town of Vichy and the Cordouan Lighthouse on the Gironde estuary.

With its year-round pleasant climate and busy events calendar, Nice is a cosmopolitan city in which to own a property. It’s long been favoured by the British – indeed, the Promenade des Anglais was named after wealthy and aristocratic British visitors who swapped the dank winters of the UK in favour of the mild Mediterranean temperatures in the 18th century.

Nestled between the mountains and the Med, on the aptly named Baie des Anges, greater Nice is France’s fifth city with almost one million inhabitants, and the second largest city on the French Mediterranean coast after Marseille.

When it comes to property, desirable districts include the Old Town and port, Cimiez, Mont Boron and Carré d’Or – and anything with a sea view, of course. Families may prefer areas a little way out of town, such as Fabron, Corniche Fleurie, Ste-Marguerite and Napolean.

While prices can be high, they compare well to other Riviera towns such as Cannes or St-Tropez, and affordable options can be found. Apartments make up the majority of properties, including those in beautiful old townhouses, with houses and villas more likely to be found on the outskirts. Average prices range from €6,206/sqm to €19,668/sqm. Here’s a taster of what you could buy in and around Nice for a range of budgets.

In the Barla district, close to amenities, the Place du Pin and the port, this one-bedroom flat offers 36sqm living space.

Boasting a sea view, this 37sqm studio with balcony is in a building with a lift in a calm area with easy access to the Promenade des Anglais, beaches and Avenue de la Californie.

In a typical old Nicois building, this elegant one-bedroom apartment with mezzanine is close to the Place Rosetti.

Enjoying sea views and access to a shared pool and tennis courts, this one-bedroom apartment also benefits from private parking and cellar storage.

This garden-level, two-bedroom apartment in a Belle Epoque villa has been stylishly renovated and has a circular terrace.

With a south-facing balcony directly overlooking the sea, this two-bedroom apartment has lots of character.

This chic property could be an investment and a home as it comprises two renovated apartments, one with two bedrooms, the other with one bedroom.

Entirely renovated, this three-bedroom apartment is close to the Ducal Palace, built in the 17th century, and seat of the Princes of Savoy, and now the town hall.

This traditional six-bedroom villa is in the residential area of Fabron. The house is arranged on different levels, as are the landscaped gardens with their many terraces.

In the heart of the city, this refurbished top-floor, three-bedroom apartment has a large terrace overlooking the city and surrounding hills. Just a five-minute walk to the Old Town and Place Masséna, 10 minutes to the beaches and promenade.

A south-facing six-bedroom architect-designed villa in a residential area with contemporary interiors, landscaped gardens and a stunning pool.

Built in 1870, this historic 10-bedroom villa is perched on the edge of the Plateau du Mont Boron. The unique listed building features wonderful towers, frescoes and terraces with breathtaking views of the sea and city.

Find out more about the newly listed Unesco sites in France

9 mill properties for sale in France