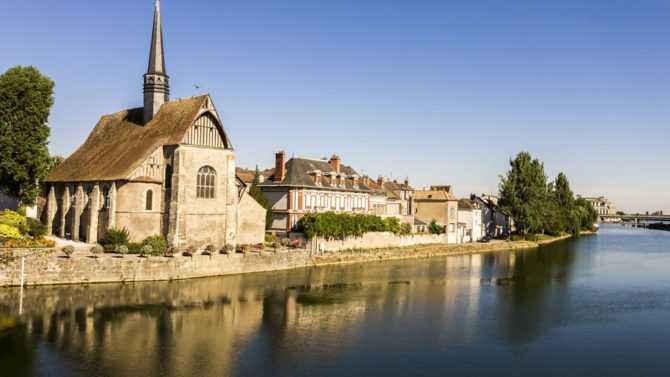 The dynamic French property market is having a mixed impact on prices, as work-from-homers and pandemic-weary owners move their purchasing power to smaller towns and villages, finds Ruth Wood

The French property market is at its most dynamic since the turn of the millennium, conveyancing experts say. More than 1.13m homes changed hands in France between May 2020 and May 2021, according to the quarterly report by the national association Notaires de France.

The initial surge in activity was due to the release of pent-up demand after the easing of the first Covid lockdown in June. But that alone is not enough to explain the persistent demand throughout the year, which appears to be a long-term trend accelerated by the growing appeal of towns on the outskirts of cities, says the report.

After three lockdowns, homeowners are swapping cramped flats in city centres for houses in leafy suburbs and commuter towns. And there has been a noticeable shift of city dwellers towards communities of fewer than 3,500 inhabitants as the pandemic has both forced and empowered more people to work from home.

Departments that are less than two hours from Paris have been particularly dynamic. In October last year, for example, 27% of all buyers in Yonne, Burgundy, actually hailed from the greater Paris area (Ile de France) compared with only 19% in October 2019. It was a similar picture in Normandy where more than one in five buyers in Orne and Eure last October was from the Ile de France department around Paris compared with one in six the year before.

People are even prepared to leave their department entirely in greater numbers, a 13% rise in the last half of 2020 on the same time the year before. “The desire for greenery, corroborated by the impromptu rise of home-working, seems to reflect a desire for ‘connected disconnection’,” say the Notaires.

What are the rules for travelling to France after Brexit?

The changing market is having a mixed impact on property prices. After years of booming growth in the big cities, prices are starting to level off, mainly due to the slowdown in apartment sales. But cash-rich metropolitan buyers are now exporting their purchasing power to unassuming towns. “This causes an upward imbalance in these markets, generating abnormally high and not always justified prices,” says the report.

However, the arrival of new blood has been welcomed by leaders of Action Coeur de Ville (ACV), a national programme to revitalise medium-sized towns across France. “This presents an exceptional opportunity for human-sized towns where you have everything on your doorstep,” said ACV director Rollon Mouchon-Blaisot.

The findings of the Notaires de France report are echoed by Meilleurs Agents, a national network of estate agencies, which found that flats with balconies or terraces are selling for almost 12% more than those without outside space in the country’s 11 biggest cities.

Beaux Villages Immobilier marketing director Julie Savill said 2021 was proving to be an exciting time for British buyers of French property. “Whilst there have been on again-off again travel possibilities between the UK and France, we are seeing a growing number of people who are prepared to quarantine if required, on their return to the UK, in order to secure the property of their dreams,” she said. “The market is moving more quickly than we have seen in the past eight years with well-priced and well-presented property coming on market and selling within a short period of time and with more properties achieving close to asking price. And as price increases level off, there is good scope for capital growth as well.”

Do the recent trends represent a long-term change to the French property market or has the pandemic only reshuffled the deck? It’s too early to tell, say the Notaires de France. “Property has always held a special place in the hearts of the French,” says the report. “But today, it no longer appears as an investment property, a safety deposit box or a return, but as a quality of life property, a sign of a change in consciousness, perhaps temporary.”

To find your dream home in France visit our leading property website francepropertyshop.com