Buy a manor house in France! 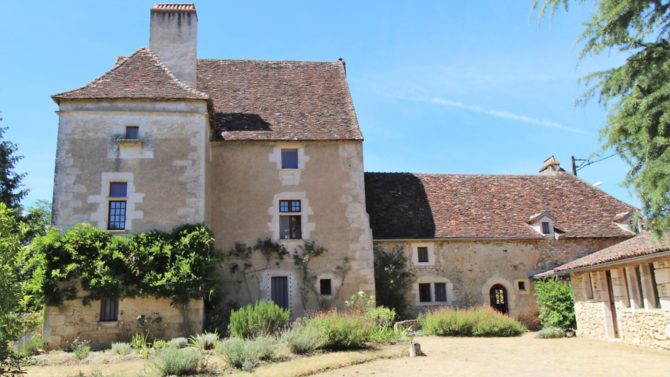 Forget chateaux, a manor house is the kind of French property you should be looking for if you want elegance and grandeur combined with affordability

The show ‘Escape to the Château’ on Channel 4 inspires and entertains, but châteaux by their very nature require hard work, dedication, ingenuity and deep pockets. While the idea of 40 rooms may appeal, perhaps something a little more manageable yet with all the charm and character of a château might provide an easier option.

Châteaux seem to be scattered at every turn of the road in France as you travel across this beautiful country. So too, however, are ‘manoirs’. Somewhat smaller, no less charming, they are set within communities but with space to literally go out and smell those roses!

In their earliest incarnation in medieval times, manor houses formed the administrative centre of a ‘manor’ – what we often now think of as the house itself, but was then a unit of measurement for land in the feudal system of Europe.

The income of the lord of the manor was primarily agricultural, received through the system of manorialism, where local peasants (serfs) worked on strips of land in the manor and paid for the privilege in produce and later by rent. The last feudal dues in France were only abolished at the time of the French Revolution, signalling the end of an organisation of rural economy dating back to Roman times.

Medieval manors consisted generally of three classes of land – demesne, dependent and free peasant land. Demesne (or domain) land was directly controlled by the lord of the manor for the benefit of his household. Dependent land was used by peasant households to supply the lord with specified labour or part of their produce (or cash in lieu) for the right to live on the land. Then there was free peasant land, rented out to tenants. The lord could also benefit from charges for the use of his mill, bakery or wine-press.

A lord might possess a number of manors, each of which would have its own manor house. These houses served as dwellings for the lord, but would only be occupied occasionally. Sometimes a steward, or sénéchal, would be appointed to oversee and manage these different properties, while day-to-day admin would be taken care of by the bailiff.

Confusingly, the term ‘manoir’ also applies to country houses which belonged to gentry without being the local administration centre – this is true especially for late medieval fortified country houses, which were actually sometimes designed for show more than defence. During the Hundred Years’ War, however, which continued until the middle of the 15th century, defence was very necessary for any building worth its salt. Defence was necessary again during the Wars of Religion, which fractured France during the 16th century.

Medieval manor houses were often enclosed within walls and ditches which sometimes protected their home farm as well. The ground floor hall, the ‘salle basse’, was used to receive peasants and commoners and would also be the indoor site of local trials and court sessions.

Upstairs, the ‘salle haute’ was where the family lived and where high-ranking guests would be received. This upper chamber would often lead to private family chambers invariably with their own fireplace and, frequently, at least one latrine – usually an airy affair, and it didn’t pay to walk directly underneath!

By the later 16th century the styles of manoirs had changed, and they became the home of country gentlemen rather than aristocracy. Prosperity from the land led to an early-day building boom, and new manoir house styles distantly echoed the gracious châteaux that nobles were building throughout the country. Usually built a slight distance from a village, these opulent new designs afforded their lucky occupants room for gardens and other delights, further away from the farms which still remain at the heart of rural France.

Today, the styles of manoirs you can find in France vary greatly. Some are built from stone, some, particularly in Normandy, are ‘colombage’ (half-timbered). Some have a turret or a tower and resemble a mini château set in a commanding position to maximise the views, while others are little more than a grand farmhouse. What they all have in common, however, is character and charm in abundance, room to breathe and smell those roses, and the opportunity to become to the manoir born!

Call my agent! 7 ways to build a successful relationship with your French property agent