Beaches in France rated among the finest in Europe 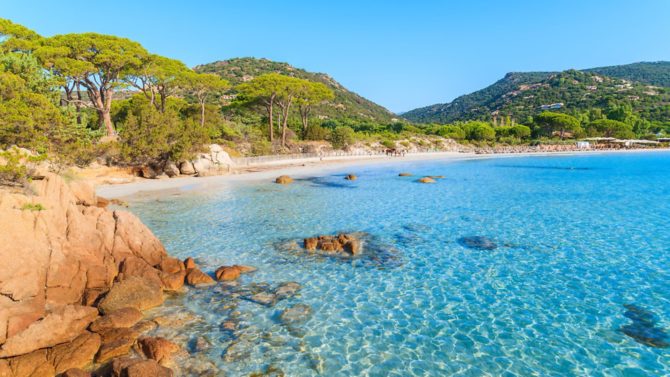 If you’re looking for inspiration for a long-awaited summer holiday, Tripadvisor has revealed where to find the world’s best beaches in this year’s Travellers’ Choice Best of the Best Awards.

Highlighting travellers’ favourite beaches across the globe, from sweeping white sand and turquoise waters, to dramatic cliffs and pounding surf in some of the most secluded spots, the awards are based on the quality and quantity of reviews and ratings from Tripadvisor travellers, gathered over a year.

Whitehaven Beach in Whitsunday Islands, Australia was crowned the number one beach in the world and Spiaggia dei Conigli, in Sicily, was the best-rated beach in Europe. Tripadvisor’s winning list of Top 25 Beaches – Europe also included idyllic spots in France and Corsica, which was also named as the second most popular trending destination for 2021.

Placed eighth best in Europe and 25th in the world, Plage de Santa Giulia near Porto-Vecchio in Corse-du-Sud, is one of the most beautiful beaches in Corsica, with white sands gently sloping into the crystal-clear water.

Its attractive location in a horseshoe bay with shallow waves and beachside restaurants makes it perfect for families as well as watersports enthusiasts. One reviewer remarked: “Beautiful panorama, with a dreamy landscape.”

Number 19 in Europe is the vast Plage du Sillon, a 3km-long sandy beach in Saint-Malo, Ille-et-Vilaine, which encompasses the Grande Plage, Hoguette and Rochebonne beaches, a short walk from the town’s historic district.

Take a stroll alongside the 19th-century villas on the seafront, sign up for a windsurfing lesson or take a dip in the sea on France’s northern coast which is supervised in the summer months. One reviewer observed: “Absolutely beautiful sandy beach.”

At number 24 on the list, Plage de Palombaggia, south east of Porto-Vecchio on the southern coast of Corsica is one of the most popular beaches on the island. It boasts sparkling turquoise waters and long stretches of sand lined with pine trees, with a view to the Cerbicale islands nature reserve.

Surrounded by pink granite rocks with 2km of golden sand, it is an ideal location for swimming, snorkelling and sunbathing. A reviewer commented: “Shallow, iridescent, warm sea and fine, powdery white sand.”

Sea of dreams: Living in La Rochelle by the Île de Ré

5 reasons to buy a property on Lupin’s Alabaster Coast

Previous Article Buy a manor house in France!
Next Article Home in one: Find a property near a French golf-course