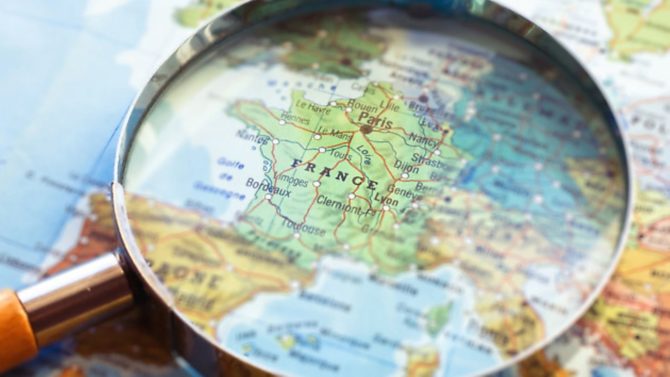 Find out which French regions were most popular with British property buyers in 2015, why Brits love those areas as well as how much they spend

Each year mortgage provider BNP Paribas produces a report on international buyers in France – the results are fascinating and include a snapshot of where Brits are buying.

Overview of British buyers in France in 2015

Brits remain at the forefront of international sales, taking a 34% share of the market. Some regions have a particularly strong presence; for example, 77% of all overseas buyers in Poitou-Charentes were from the UK in 2015, 76% in Lower Normandy, 72% in Limousin, 70% in Brittany and 67% in Pays de la Loire.

Rhône-Alpes was the most popular region with British buyers with 17.5% of all transactions in this region in 2015. In total there were 2,874 transactions by foreign buyers in the region and of these 63% were in Haute-Savoie and 14% in Savoie – where most of the French Alpine ski resorts can be found. 12% of foreign transactions were in Ain, 4% in Drôme, 3% in Isère, 2% in Rhône and 1% in Ardèche.British buyers take the lead, with a 38% share of the market, followed by Swiss buyers (19%), no doubt eager to buy a cheaper property just over the border, with the Belgians in third place (9%).

Why do Brits buy in Rhône-Alpes?

The old region of Rhône-Alpes (it merged this January with Auvergne as part of the regional shake-up, reducing them from 22 to 13) is one of many contrasts – from the snow-capped peaks of the Alps to the Rhône vineyards and southern lavender fields, with a climate as varied as the landscape. Home to France’s gastronomic capital Lyon, as well as the stunning lakeside towns of Annecy and Évian-les-Bains, it is known worldwide for ski resorts such as Courcheval, Tignes, Val d’Isère, Chamonix, Méribel, Megève and Morzine. While skiing is no doubt a huge driver of foreign purchases, the year-round usability of the resorts means they work well for buyers who want to enjoy their French home in summer and winter as well as those who want to earn a rental income and welcome the double season.

Languedoc-Roussillon was the second most popular region with British buyers with 11.2% of all British transactions occurring here. In total there were 1,891 transactions by foreign buyers in this region and of these 42% were in Hérault and 27% in Aude. 17% were in Pyrénées-Orientales, 13% in Gard and 1% in Lozère. British buyers were the biggest group in Languedoc-Roussillon making up 37% of foreign buyers, followed by Belgians at 22% and Germans at 7%.

On average British buyers spent €199,000 on a property in Languedoc-Roussillon compared to an average spend of €179,652 by all foreign buyers. The most expensive department was Gard where the average property transaction was €225,870 compared to just €108,295 in Lozère.

Why do Brits buy in Languedoc-Roussillon?

Now part of the huge new Occitanie region (formerly Languedoc-Roussillon and Midi-Pyrénées), Languedoc-Roussillon offers both sea and ski, with myriad seaside resorts strung along its Mediterranean coast and family-friendly Pyrenean ski resorts. As the new name suggests, there’s a strong Occitan influence but close to the border with Spain, Catalan traditions and names take over. The regional capital Montpellier is one of the most dynamic in France, while the walled citadel at Carcassonne is one of the most visited. You’ll also find Cathar castles, the UNESCO-listed Canal du Midi, the Cévennes national park and Roman monuments such as the Pont du Gard and Nîmes amphitheatre. All with a healthy dose of southern sunshine and vineyards aplenty.With no less than five international airports within its borders, the region is one of the most easily reached in France and the rise of low-cost airlines flying into Languedoc-Roussillon from the UK has been a key factor in its popularity with British buyers.

The third most popular region with British buyers was Poitou-Charentes with 10.8% of all British transactions taking place here. In total there were 874 transactions by foreign buyers in this region and Charente was the most popular department (41% of transactions), followed by Charente-Maritime (30%) and then Deux-Sèvres (17%) and Vienne (12%). British buyers were by far the biggest group snapping up 77% of the properties purchased by foreign buyers here, followed by Belgians (9%) and Germans (3%).

On average British buyers spent €160,000 on a property in Poitou-Charentes compared to an average spend of €164,942 by all foreign buyers.

Why do Brits buy in Poitou-Charentes?

The affordability of property in this area is one of its attractions (average house prices in Charente are just €105,000). Combine this with a sunny climate (parts rival the Côte d’Azur), popular coastal resort including the beautiful harbour town of La Rochelle, character properties including the classic Charentaise, gentle countryside alternating between sunflower fields, vineyards and agricultural land, and a laidback rural lifestyle. The islands of Ré and Oléron are a popular holiday destination, and there are many attractive towns on the River Charente, including Cognac, famous of course for its eponymous brandy. The region is also easily accessible; not too far from the Channel ferry ports (358km from St-Malo to the regional capital Poitiers) and with airports at Poitiers and La Rochelle as well as Limoges in Limousin, and Bergerac and Bordeaux in Aquitaine

The fourth most popular region with British buyers was Brittany with 10.6% of all British transactions taking place here. In total there were 929 transactions by foreign buyers. Unfortunately the report doesn’t show which departments were more popular with buyers.

On average British buyers spent €95,000 on a property in Brittany compared to an average spend of €117,710 by all foreign buyers.

Why do Brits buy in Brittany?

The proximity of Brittany to the UK is no doubt a big draw for many Brits thinking of relocating to or buying a holiday home in France. Cross-Channel ferries make it easy to travel from the UK to Brittany. But this isn’t the only reason why Brits love Brittany. There’s also the stunning diverse scenery, the huge, domed skies, the little fishing ports, ancient monuments and historical towns and a fascinating culture that draws on Celtic, Catholic and maritime influences. Brittany has 1,700km of coastline including the Emerald Coast and the Pink Granite coast, and plenty of coastal walks, beaches and port towns to explore. Not to mention the food!

On average, British buyers spent €631,000 compared to an average spend of €473,923 by all foreign buyers. The two most expensive departments were Var (€553,532) and Alpes-Maritimes (€479,279), hardly surprising as this is where you will find the expensive resorts along the French Riviera. The cheapest department was Hautes-Alpes with an average transaction price of €177,787.

Provence and the Riviera have also been popular with property buyers whether looking for a holiday home along the Med or to permanently relocate to the sunny south of France. Obviously the weather is a big draw as is the ease of access – Nice airport is only a two hour flight from the UK. The glamorous Riviera resorts are popular as are the quieter hilltop villages of Provence. The Alps border the north of the region so it is also a great location for those looking to be near the mountains whether for winter or summer activities.