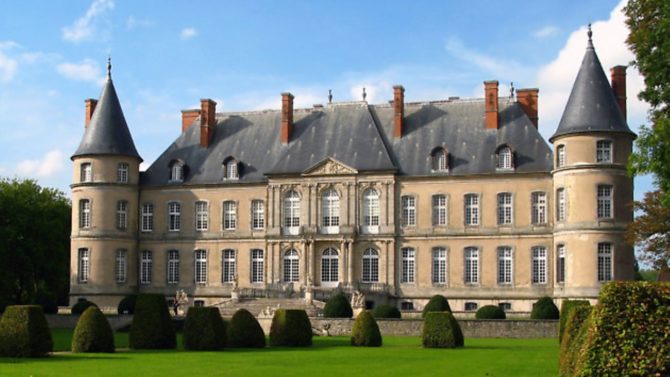 Fancy your own French château? Find out all you need to know about buying one and where you can find a bargain château in France

Enquiries continue to come from all over the world; thankfully Brexit would appear to have had little impact on the global château market thus far. The softening of the French property market in recent years has merely added to the appeal of acquiring a château in the eyes of many investors. Brexit or no Brexit, such properties in France have never been more desirable or sought-after. Over the past year we have witnessed quite a surge of interest from the Antipodes and south-east Asia, with buyers settling on châteaux for varied uses across a wide range of locations.

Why do people want to buy a French château?

The château market holds huge appeal for people from many cultures and countries. Buyers from continents where no historic castles exist are understandably excited at the possibility of acquiring their own at a relatively modest price.

We are sometimes asked for châteaux for sale ‘with a title’ thrown in. The appeal of being able to claim that you are, indeed, the ‘lord of the manor’ or the ‘king of your castle’ sometimes drives the search – but more often it is the prospect of owning a historic building and being able to imagine the scenes of years past in your own home.

Some applicants want a property that they can bequeath to their children and grandchildren. Some have bought with the intention of supplementing their retirement income by running a chambres d’hôtes or letting the château when they are not using it; some have wanted a secondary home or base in Europe when they return from overseas.

What châteaux can you buy in France?

Châteaux come in a variety of shapes and sizes, from medieval exposed stone with crenellations and battlements to classical 17th and 18th-century, more likely to be found, broadly speaking, between the Loire and Paris.

The properties we have sold have ranged from a village château south of Poitiers to a striking turreted example in need of modernisation in a remote corner of Aveyron, and from an elegant 19th-century château in the old province of Berry to an impressive vineyard property outside Bordeaux.

To an extent the region will dictate the style. The further south you go towards the Mediterranean, the rougher and more rustic the construction often is and, generally, prices increase as you head south to the warmer climes. Châteaux around Paris always command a premium and recent interest in that area has come from central America.

As Provence is not really ‘châteaux country’, the few that are to be found there command hefty price tags for their rarity, and situation near to the perennially popular millionaire’s playground of the Côte d’Azur. The Loire Valley châteaux, those around the Bordeaux vineyards, in the south-west in Gers (land of d’Artagnan) and those in Dordogne (known as the ‘Land of 1,001 Châteaux’) continue to be in demand.

More affordable châteaux are mainly to be found in the remoter parts of central France, where connectivity is less ‘state of the art’ and there is a dearth of TGV and autoroute networks. This, combined with the area being less populated and the climate a little more extreme, is probably why the region is not quite as much on the prime tourist beat – hence prices are less elevated – and, on the plus side, being less developed, the area is also relatively unspoilt.

10 insider tips for househunting in France

Make sure you take into account the likely costs of maintaining one of these historic homes as well as the asking price (including notaires’ fees and taxes). Should you be considering taking out a loan, it is also worth bearing in mind that obtaining a mortgage for the purchase of a château is not always as straightforward as a normal mortgage and that, in recent years, many banks require an investment in the bank, equal to the amount of the loan, to be held as collateral.

It takes at least an hour to view a château, frequently more if it sits on an estate with land to inspect. The owners generally take considerable trouble to arrange for their properties to be opened and to ensure that they look their best, with manicured lawns and gleaming interiors (provided they are still in a habitable condition). As a consequence, they generally expect would-be buyers to want to make a detailed and considered inspection of their property and to ask any questions that may occur to them. Rushing round in a hurry and leaving abruptly with little or no explanation can cause offence; on the other hand, owners who sense that a buyer is truly captivated by their property will enjoy answering questions and are usually very obliging. Many of these properties have artworks and treasures within their walls and the owners are understandably wary of who they will allow within their fortifications with a view to becoming the new chatelain.

Previous Article Ways to save money when renovating a property
Next Article Ian Moore: is the two-hour lunch break still observed in France?