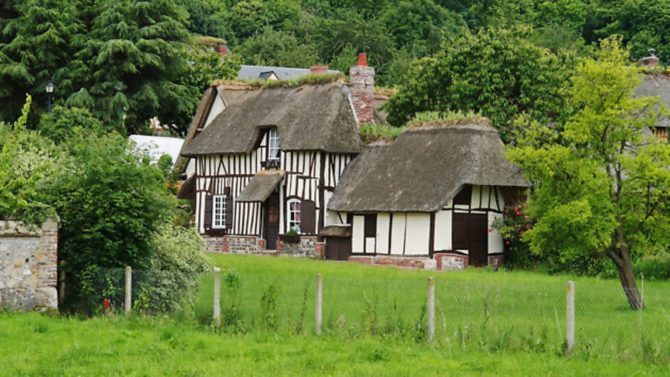 Looking to escape to the country? Don’t overlook these 5 important considerations before you buy a property in rural France

1. Do you know the boundary lines?

In urban areas, a property’s limits are usually easier to ascertain than in rural areas because the plots tend to be small and the limits more obvious. In the countryside it is often the case that the property area is much bigger and the land borders are approximate, with the seller unable to identify them exactly.

The Land Registry (cadastre) does not provide a definitive, legal basis for determining a boundary line between two properties. The only way a legally binding boundary line can be determined is through a land survey. This process is called le bornage and is usually carried out be a géometre who is a specialist surveyor. For a fee, the surveyor is able to mark out the dividing line and provide a plan showing where the line runs.

It is best to ask the seller to resolve this before you sign the contract or compromis de vente. If you try to deal with it after the purchase you will have no understanding of the previous arrangements and are at a big disadvantage. In addition, if a neighbour reacts badly to having the boundary marked out it would be advisable to find out about this before you are committed to the purchase.

It is possible that your seller may have encroached on your neighbour’s land and be in dispute with your neighbour. Again you are better off knowing about this at the outset rather than walking into a dispute of which you have no prior knowledge. It is usual to ask the seller to pay the géometre’s costs if the boundaries are unclear.

6 things to consider before you sign for a French property

Rural houses are often not connected to the public sewerage system and it is important to find out whether you are connected at the outset. You will usually have your own individual sewerage facility (such as a septic tank) and have to follow certain rules to comply with the regulations.

As of 1 January 2011, the seller has been obliged to provide the buyer with a technical report called a dossier de diagnostic technique which is provided as part of the compromis de vente. This will detail the condition of the tank including any defects such as leaks.

If compliance work has to be done, the seller has three years in which to do it. If, as is more likely, the completion occurs in the interim the obligation to carry out the work is assumed by the buyer and has to be done within a year of the purchase.

A guide to spetic tanks in France

5 things you need to know before buying a French property

3. Who has the right to use your land?

An easement on your property title relates to a covenant which gives other parties the right to use your land. These will be specified in the deed of sale and must also be subject to site checks. Ask the neighbours about this as it is essential to get local knowledge.

If a farmhouse has been converted into several residences check easements for pipes and access. Also consider whether the neighbours will need to pass over your land or vice versa.

Local conditions are long-standing practices or customs which often endure for centuries and are generally accepted or acknowledged. In some areas there is a code des usages locaux which is often used by mediators involved in disputes between neighbours.

5. Are there any new developments planned?

New developments are becoming more common in France. It is important to check whether there are any developments planned on land close to a property you are thinking of buying, as it could make the property a less attractive proposition and affect its value.

This requires talking on site to the maire’s office and local people. Usually consultation documents will have been produced by the mairie to sell the idea to the locals and you should see what has been produced.

In small rural areas it can be difficult to get this information as there will be vested interests who will achieve significant uplifts in the value of their agricultural land if planning permission is granted.

Read our other articles on: