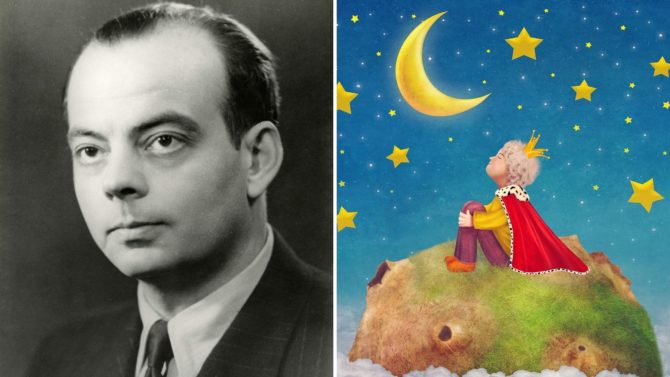 Of Lyon’s most famous sons – from Roman emperor Claudius to chef extraordinaire Paul Bocuse – just one name has become a mainstay of children’s bookshelves across the world.

As author of Le Petit Prince, Antoine de Saint-Exupéry has become one of France’s best-selling writers, with his chef-d’oeuvre selling more than 140 million copies worldwide and being translated into over 300 languages and dialects.

His literary tour de force was matched by his tremendous talents as an aviator, for which he was twice awarded the Legion d’Honneur and the Croix de Guerre. Tragically, it was his flying endeavours that saw his life cut short aged just 44 during World War II; however, his legacy lives on as generation after generation meets the golden-haired prince.

Saint-Exupéry’s own mettlesome story could be straight from the pages of a novel. Born into an aristocratic family in 1900, a life of privilege seemed assured. But the sudden death of his father when he was four rendered the family impoverished aristocrats; then, as a teenager, his younger brother François succumbed to rheumatic fever.

Saint-Exupéry was the only man left in the family and, despite being deeply affected himself, assumed the role of protector over his mother and siblings in a display of the courage that would dictate his adult life.

After failing his exams at the École Navale, Saint-Exupéry went to the École des Beaux-Arts to study architecture but again failed to graduate. Military service in 1921 appeared to be his calling, as he was conscripted into the French Air Force and qualified as a pilot.

In 1926 he joined the Compagnie Latécoère in Toulouse and had published his first novella, The Aviator. He became a pioneer of international postage flight, flying between the Ville Rose and Dakar. One of his duties included negotiating the safe release of downed pilots taken hostage by Saharan tribes, earning him his first Légion d’Honneur.

In 1935, Saint-Exupéry was competing in the Paris to Saigon air race when he crashed in the Wadi Natrun valley near the Nile Delta. He and his mechanic-navigator André somehow survived on grapes, oranges, a madeleine, a pint of coffee and half a pint of white wine, plus a small medical supply box.

They were rescued on day four by a Bedouin on a camel; not before experiencing vivid hallucinations. These desert exploits would feature in his 1939 memoir, Wind, Sand and Stars, and be alluded to at the beginning of The Little Prince.

Upon the outbreak of World War II, he rejoined the air force until France’s armistice with Germany sent him to the United States. He stayed for just over two years in an attempt to persuade the US government to join the war against the Nazis. He also found time to write, producing almost half of his writing body; including, most notably, Le Petit Prince.

In spite of his failing health and marital strife, he joined the Free French Air Force when he returned to France. He disappeared while on a reconnaissance mission over the Mediterranean in summer 1944. It was not until 2000 that his plane, a Lockheed P-38 Lightning, was discovered off the coast of Marseille; fragments were donated to the Musée de l’Air et de l’Espace near Paris.

The Little Prince was published posthumously in France, having been first printed in the US in 1943 as it had been banned by the Vichy government on the Continent. Saint-Exupéry became a national hero for his exploits as both an aviator and as an author and today, he remains a luminary of French history, not least in his proud home city. But no matter where you live or what language you speak, his daredevil tales transcend cultures.