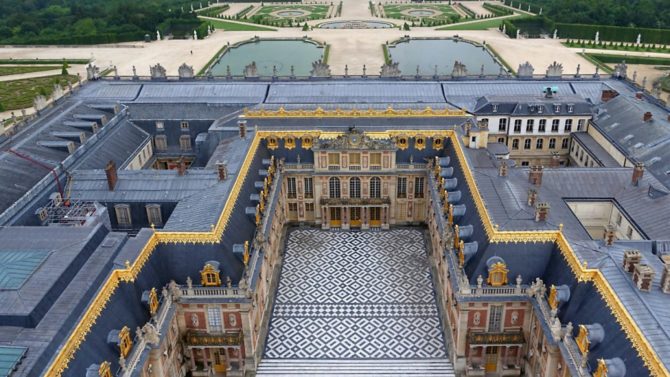 Step into the Hall of Mirrors without the crowds thanks to Google’s new immersive experience ideal for armchair travellers – no passport required.

View the grand palace of Versailles without the crowds thanks to Google’s new immersive Virtual Reality (VR) experience. Walk through the Hall of Mirrors, meander in Louis XIV’s bedchamber and stroll through the exquisite gardens. Versailles: The Palace is Yours.

The former hunting lodge on the outskirts of Paris is considered one of the architectural wonders of Europe. Google’s Arts and Culture team is now handing you the key to view 21 lavishly- furnished rooms. You can get up close and personal to the paintings and sculptures and objets d’art within the VR world, turning it into an interactive museum where you’re actually allowed to touch the art.

Although, this will never be beat walking in the grounds of France’s nobility, this herculean effort by Google provides all armchair travellers with a second-to-none experience.

To build a digital Versailles, Google used a process called photogrammetry. This creates 3D models of objects and spaces out of 2D photos. The team took an astounding 130,000 photos via both camera and drone to reconstruct the palace grounds and 24 furnished rooms inside – making it the largest-ever on-site photogrammetry capture.

So what do you need to for this VR experience? In the first instance you need a HTC Vive headset but you can also tour in your browser on Google’s Poly platform which showcases other 3D offerings. Additionally, there are 18 exhibitions about Versailles on Google’s Arts & Culture site, providing detailed glimpses into history, art and gastronomy of this Unesco World Heritage Site. Enjoy the journey!