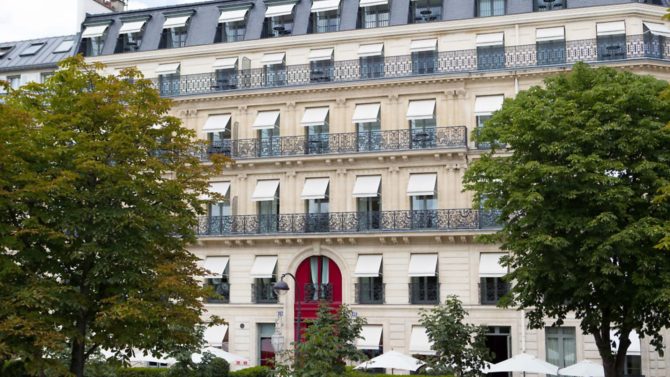 Condé Nast Traveller has announced its Readers’ Choice Awards 2019 including the number one hotel in France, as well as best villa rental company and specialist tour operator

Thousands of readers of Condé Nast Traveller magazine have cast their vote to uncover the best destinations, hotels, villas, spas, airlines and tour operators around the world.

In the 2019 Readers’ Choice Awards more than 600,000 people registered to vote from both the UK and US editions of the luxury travel magazine.

The category of Best Hotel France & Monaco was won by La Réserve Hotel & Spa Paris, which took the top spot for the third year in a row. It was also named sixth Best Hotel in Europe and 15th Best Hotel in the World.

Located in Avenue Gabriel, in the heart of the 8th arrondissement, the hotel overlooks the Grand Palais, Eiffel Tower, Panthéon and the Concorde obelisk. The highly distinctive urban mansion, part of the Michel Reybier Hospitality group, has all the elegance of a 19th-century private apartment. There is a library reserved for guests and their friends, a 16m indoor pool and even wine cellars in the suites.

In addition, the Awards gave the title of Best Specialist Tour Operator to Scott Dunn, which was founded in 1986 and operates in 86 countries around the world, including France. Scott Dunn runs new ski residences and private homes in the Alps and carefully hand-picks its partners, working with the very best travel and adventure companies, to create bespoke travel itineraries for its customers.

Its top new hotels for the upcoming winter season include Le Refuge which will open in Val d’Isère, Savoie. In Courchevel, Le Chabichou, the family-owned hotel with an enviable ski-in ski-out location is also set to reopen under new management.

New for 2020 is a range of Alpine retreats for non-skiers who are seeking unique wellness and fitness focused trips in the stunning alpine surrounds.

Meanwhile winner of Best Villa Rental Company went to The Thinking Traveller which specialises in luxury villas in Mediterranean regions, including Corsica. Founded in 2002, it has offices in London and New York and works with a small but elite selection of properties in southern Corsica.

Other categories in the Awards included Airlines UK which was won by Virgin Atlantic and Airports UK, won by Heathrow Airport.

French city passes – what do you get for your money?