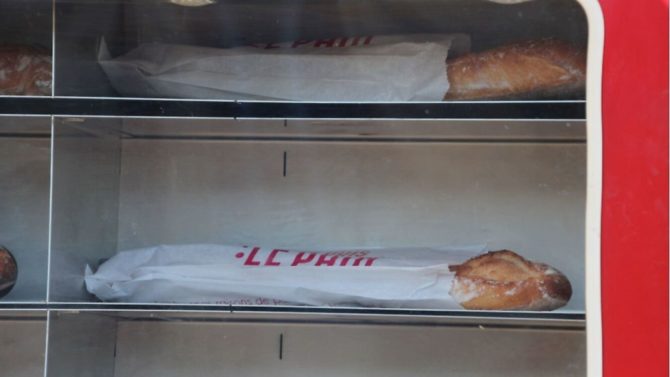 Did you know that you can get pizza, cheese and even oysters from French vending machines?

Picture the scene: it’s a bank holiday, or a Sunday, or 3am on a Thursday morning, and you’ve got an insatiable craving for a freshly-baked baguette. The boulangerie’s closed, so where do you go? Fortunately, vending machines dispensing everything from bread to short stories have sprung up across France to cater for your every whim.

A piping-hot pizza topped with deliciously melting cheese and a host of your favourite toppings – at any time of day. Sounds too good to be true, right? Not any more. Pizza vending machines are a staple of rural France and serve up tasty treats in a matter of minutes. There’s even an annual competition in Paris to find the nation’s best vending machine pizza!

Freshly-baked bread is an essential part of the French way of life, so being able to purchase it whenever, wherever you like is the dream for residents and holidaymakers alike. The machines are often installed beside bakeries, so out-of-hours visitors won’t be disappointed. Paris got its first 24-hour machine in 2011 and its arrival was greeted with mixed feelings by residents.

France’s first oyster vending machine was installed in the French seaside resort of Ars-en-Ré in oyster capital Charente-Maritime. Beside the L’Huîtrière de Ré oyster shop, the owners installed the convenient machine which is restocked every morning. The oysters are sold closed and start at a very reasonable €6.90 for 12. Now there are oyster vending machines elsewhere in France, including Saint-Vaast-la-Hougue in Normandy.

Whether it’s steak or sausages you fancy for dinner, France’s meat vending machines have it all to combat the country’s insatiable desire for the stuff. Raw meat may not seem like the most likely product to keep in a vending machine but the products are usually vacuum-packed for ultimate freshness.

Since 2011, stories distributed by literary vending machines have been a fun way to distract yourself on a commute or lunch break. The brainchild of Grenoble start-up Short Édition, the machines allow users to choose a one, three or five-minute story depending on how long they have to read. They were first installed at Charles de Gaulle airport in Paris, but now you can find them in public places across France.

As another French staple, it’s hardly a surprise that if a baguette vending machine exists, so does one for cheese. The Coopérative de Doubs was one of the first shops to have one outside, and on offer is everything from comté to morbier for the perfect last-minute cheeseboard.