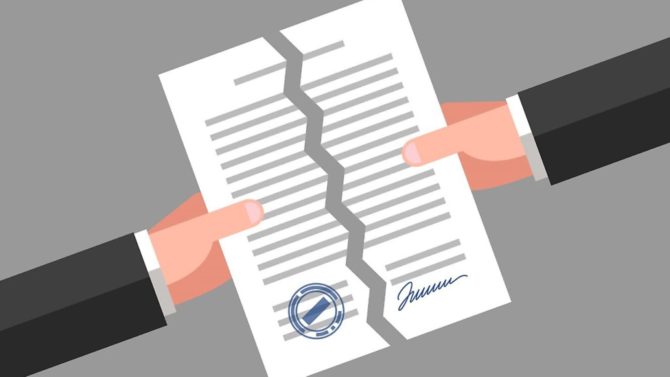 Gazumping, or when a seller breaks a verbal or written agreement in favour of another offer, is never nice. In the unlikely event, David Anderson explains how to proceed.

Gazumping is rare in France but of course there is always a chance that it could happen. David Anderson, a solicitor-advocate and chartered tax advisor at Sykes Anderson Perry Limited, sheds some light on the situation.

A common scenario would be if a hopeful buyer makes a formal written offer which is then accepted through the estate agent. In this scenario the seller has requested that the sale is ‘perfected by acceptance’, i.e. not subject to contract, thus it is agreed between all parties that there would be no contract and the transaction would go straight to completion. The terms of the acte de vente (completion) are agreed.

It’s not until the meeting when both notaires are present that the seller announces he has made a mistake and retracts the offer – it emerges that he had accepted a higher offer from another buyer.

This situation can be exacerbated by the increasing prices of French properties and a rise in demand. So how could it be avoided?

Letter of the law

A property purchase offer is only valid if it is precise and firm, according to Article 1114 of the French Civil Code. For it to be a valid acceptance, both parties’ intentions for the offer must be the same, and acceptance is declared if the recipient expresses their full agreement with the proposal made to them (Article 1118 French Civil Code).

If the recipient’s acceptance is different from the terms of the offer, it will not be a valid acceptance but rather a counter offer.

An offer letter drawn up by the estate agent and signed by all parties, clear as to the property, parties and price, will operate as a binding contract under French law. The buyer can force the seller to complete, as there is no need for a formal contract to make the arrangement binding.

Does UK probate apply to a property n France?

If the seller backs out, the buyer must decide whether to walk away also or to pursue the purchase. If they want to press on, they should immediately ask their notaire to call a hussier (a sort of bailiff) to attend the notaire’s office.

The notaire should then make a formal declaration to the hussier that he was in funds to complete and that the seller attended the completion meeting but retracted the offer. He should also produce the estate agent’s signed offer letter.

In France, these written sworn constats (statements) to the facts by a hussier stand up well in court.

The next step would be for the buyer to instruct an avocat to serve notice on the seller that he is in breach of the contract and give him a short time to attend another completion meeting, in a letter spelling out all the facts.

If he fails to do so, proceedings should be issued in court applicable to where the property is situated with a request for an expedited hearing date.

Usually, the judge will then order that the sale is completed and that the seller must pay an astreinte (penalty) for each delay, with €500 per day being normal. The judge can order that if there is no completion by a certain date then the judgement becomes the sale document.

Alternatively, the seller may have to go back to court for a sale offer.

The buyer should also speak to the estate agent who will normally be keen to see the sale complete and may also be involved in the claim for his commission.

In terms of cost, the buyer should be aware that costs awarded in French courts are usually much lower than in England. Unfortunately, they may be awarded only €2,000 and end up funding the balance of the costs themselves.