Savoie – in and out of season 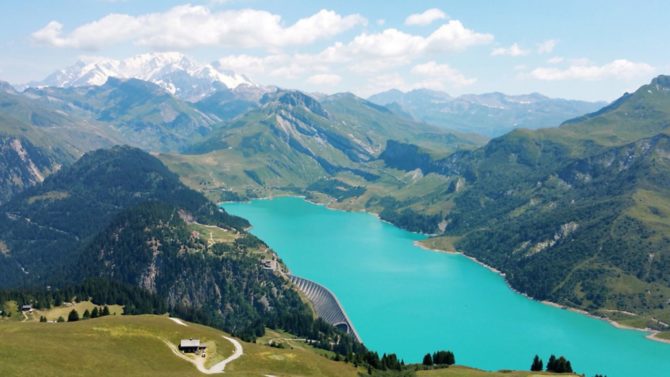 Savour the spa waters, ski resorts and delicious Savoyard specialities with Janet Brice. Once a favourite of Queen Victoria, its sulphurous thermal waters have drawn crowds, on and off, for centuries

Savoie, pronounced savwa, sounds like the départment of choice – the place to go if you’re seeking snow in the shadows of the mighty Mont Blanc or sun along the sandy shores of Lac du Bourget.

It was the lure of the spa waters in the 18th century which first brought the jet-setters to this part of France. Towns like Aix-les-Bains and Brides-les-Bains put the 73rd department on the international map. Today, it’s the winter sports which attract visitors to Les Trois Vallées.

And the best kept secret in the French Alps has to be Valloire which lies next to the Tour de France climb of the Col De Galibier.

The village is built around a 17th-century church in the Maurienne Valley. This quiet, friendly resort shares a ski area with next-door Valmeinier with reliable skiing and great value for money.

The Albertville Olympics of 1992 were the last winter games to be held in the same year as the summer ones; and the first with Paralympics held at the same site. Events extended from Savoie to Tignes which hosted the freestyle skiing to Couchevel for ski jumping and La Plagne for bobsleigh and luge. Thirty-two years later in 2024 Paris will again welcome the Olympic Games back to France.

Taking centre stage in Savoie is the vast waters of Lac du Bourget, known locally as Lac Gris (Grey Lake) which has a maximum depth of 145 metres and extends over 18 km. A haven for water sports, the lake is a popular spot for sailing, rowing, fishing and water skiing.

The bells of Chambéry

Ten kilometres south of its shores you will find the medieval capital of Chambéry renowned for its town houses and cathedral with its vast trompe l’œil painting – the largest such feature in Europe. Join a guided tours of the 15th-century Cathédrale St-François de Sales to marvel at this spectacle.

As you wander the through the cobbled streets you will come across the Fontaine des Éléphants. This distinictive landmark was sculpted in 1838 in honour of Général de Boigne who made his fortune in India.

After picking up a few Savoyard local delicacies at the busy Saturday morning market, listen out for the peal of bells from Château des Ducs de Savoie. The chapel’s 70-bell Grand Carillon, one of the largest ensembles of bells in the world and can be heard on the first and third Saturday of each month at 5.30pm (more frequently in summer).

You may be a little envious to read that French doctors can prescribe spa treatments for medical conditions such as arthritis. So you may find yourself rubbing shoulders with the locals who descend to on the spa towns of Aix-les-Bains or Brides-les-Bains to take the waters.

Aix-les-Bains appears to float on water with its sandy beaches strung along the shores of the lake. Once a favourite of Queen Victoria, its sulphurous thermal waters have drawn crowds, on and off, for centuries. Today, visitors can head to the world-class cycle trails through Mont du Revard and marvel at panoramic views of Mont Blanc before relaxing in the therapeutic waters.

The Saturday market is a big draw selling Savoyarde specialities including the local Chignin wine, Beaufort, Reblochon and Tomme de Savoie cheeses and bottles of Aix-les-Bains mineral water for you to take home.

As the ski season gets under way, Savoie boasts the largest ski area in the world so visitors are spoiled for choice. Thrill-seeker head to the black runs of Les Trois Vallées, from the glamour of Courchevel and Val d’Isère while families and beginners have the choice of charming alpine villages from Les Menuires to Valloire or Val d’Arly which straddles Haute Savoie.

Les Menuires offers plenty of wide, easy blue and green pistes and is suitable for beginners and families, but intermediate and advanced skiers and snowboarders also have the whole of the Trois Vallées at their disposal.

From spa waters to skiing and sailing to sampling Savoyarde’s delicious cuisine, Savoie really is the départment of choice.

Previous Article Looking for a unique French property? Why not purchase a tower
Next Article Welcome to Grignan, France’s newest ‘most beautiful’ village