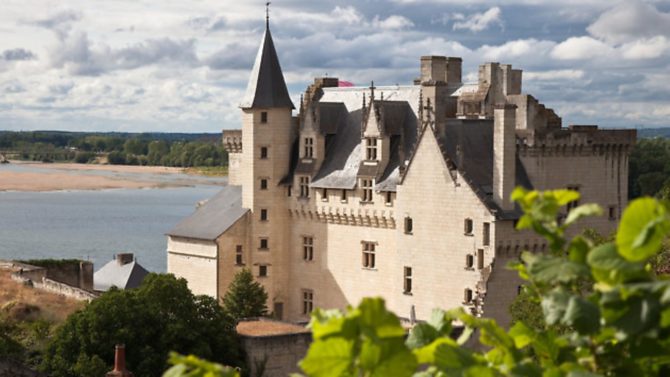 An insider’s guide to Pays de la Loire in western France, including the main attractions to visit on holiday, the best towns and villages to live in, the vineyards and châteaux to visit, and buying property in Pays de la Loire

To the south of Brittany and Normandy, the region of Pays de la Loire is home to part of the Loire Valley with some of the most famous vineyards and châteaux in France. With two coastal departments and three inland, the region boasts a diverse landscape, from the seaside resorts of Loire-Atlantique and Vendée to the rural countryside of Sarthe and Mayenne.

Pays de la Loire covers parts of the old provinces of Brittany, Anjou, Maine and Poitou and, thanks to the occupation by William the Conqueror in 1064, also has Norman elements. It is a diverse and disparate region that is pulled together by the Loire River running through it. Some of the major towns in the region are Nantes, Le Mans and Angers.

Mayenne is a rural department with plenty of countryside to explore. The capital is Laval.

Sarthe borders Normandy and Centre-Val de Loire and is close to Paris. The department has 200 historical sites and the Plantagenet town of Le Mans is the capital.

Loire-Atlantique borders Brittany and is home to the vibrant city of Nantes which is the capital of the department.

Maine-et-Loire in central Pays de la Loire is largely agricultural and has the largest share of the Loire Valley vineyards. The capital is Angers.

Vendée is on the western coast of France and has 70 miles of sandy beaches and lush countryside. The capital is La Roche-sur-Yonne.

Plane: There are two international airports in Pays de la Loire – Angers and Nantes. Nantes has year-round flights from the UK with several budget airlines while British Airways flights to Angers are seasonal. Paris’s airports are less than two hours from the north-eastern end of the region.

Train: There is a TGV service from Paris to Pays de la Loire. You can reach Le Mans in less than an hour, Angers in 90 minutes and Nantes in around two hours.

The capital of the region is the vibrant town of Nantes, on the bank of the River Loire to the west of Pays de la Loire. Former capital of the duchy of Brittany, Nantes still has a Breton feel and the Château des Ducs de Bretagne lies at the heart of the city. The old town is home to 18th-century facades and buzzing café squares. For something a bit more modern, don’t miss the Machines de L’Île de Nantes, inspired by the writings of Nantes resident Jules Verne, especially the giant mechanical elephant!

Famed for its 24-hour endurance car race, Le Mans has plenty to offer visitors. Its well-preserved old town includes the remnants of the Roman walls, towers and baths and the Jardin des Plantes du Mans is a beautiful Victorian botanical garden. The St-Julien cathedral is considered to be one of the best examples of its kind in France.

Angers was birthplace of the Plantagenet dynasty and capital of the former Anjou province. Highlights of the town include the St-Maurice cathedral, the Château d’Angers and the Apocalypse Tapestry, a 14th-century tapestry depicting the story of the Apocalypse from the Book of Revelation.

Saumur is in the heart of the Loire Valley vineyards and is known as the cité blanche for its white stone buildings. It is also home to troglodyte dwellings hewn from the soft rock, some of which have been turned into restaurants, bars and even homes. The Château de Saumur houses several museums, including the Museum of Toys.

Laval is a picturesque medieval town with a majestic château, ancient bridge and series of ramparts and towers. A walk around the Jardin Botanique de la Perrine with its English-style rose garden and memorial to Laval-born painter Henri Rousseau is not to be missed.

The châteaux of the Loire Valley sit along the stretch of the Loire River from Orléans in neighbouring region Centre-Val de Loire to Angers. This was once home to the Royal Court and is known as the Valley of the Kings due to the number of stunning châteaux built here during the Renaissance. Some of the best ones in Pays de la Loire include Château d’Angers, Château de Saumur and Château de Montsoreau.

Fontevraud Abbey is considered to be one of the region’s most spectacular examples of Romanesque architecture and is the final resting place of Richard the Lionheart and Eleanor of Aquitaine.

There are a number of pretty villages in Pays de la Loire including three officially named as the Plus Beaux Villages de France (the most beautiful villages in France) – Montsoreau, Sainte-Suzanne and Vouvant. Another pretty village in the region is Clisson, near Nantes, which was the birthplace and country residence of the last Duke of Brittany. It feels more like Tuscany than France but is a beautiful fairy-tale village.

Things to do in Pays de la Loire

One of the nicest ways to explore the Pays de la Loire region is by bicycle and there are plenty of signed trails to follow. Both the Loire à Vélo and Vélodyssée pass through the region, both following part of the Loire River, and you can pause at as many châteaux and vineyards as you like!

Known as the ‘Garden of France, the Loire Valley has plenty of beautiful countryside to explore and wildlife to discover. Areas to visit include the Parc Naturel Régional de Brière, the second largest marsh in France; part of the Marais Poitevin, France’s ‘green Venice’; and the Guérande marshes where you can watch salt farmers at work.

Pays de la Loire also has a coastline for those looking for a beach. The Atlantic coast in Vendée rivals the Côte d’Azur for sunshine and there are 18 seaside resorts along the 250km coast. Some of the ones to visit include the sandy beach of Saint-Jean-de-Monts, the surf schools of Saint-Gilles-Croix-de-Vie and upmarket La Baule.

There are two theme parks in Pays de la Loire, both of which will educate as well as entertain your children. Learn about the fascinating world of plants at Terra Botanica and take a trip back through history at the Puy du Fou.

The drink of choice in Pays de la Loire is obviously wine but you will also find Cointrineau. In terms of food, local specialities include Port Salut cheese, buerre blanc saude, the fleur de sel harvested from the Guérande slat pans and, along the coast, freshly caught seafood. You will also see the Breton influence in the number of crêperies in the area.

Pays de la Loire has a mixture of property styles. The Breton influence can be seen in the longères in the north of the region while in the Brière national park you will find thatched houses with the roofs made from reeds that grow in the marshland. Around Saumur and the Anjou area you will find troglodyte houses built into the rock and if you buy a property in the countryside you will often get a good-sized piece of land to go with it.

10 outstanding vineyards you have to visit

Don’t miss our other region guides!

Previous Article Picturesque cycle routes across France to try this summer
Next Article My French garden: spring in Calvados