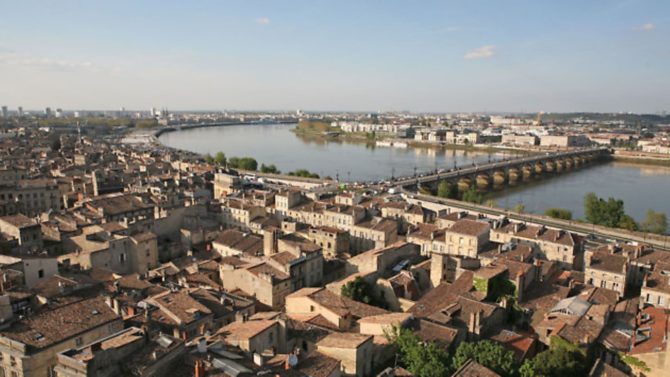 Known for its wine, Bordeaux is an up-and-coming city that is growing in popularity. Here’s our insider’s guide to the main attractions, restaurants and hotels and the areas to buy property in Bordeaux

Think of Bordeaux and you’ll no doubt think of wine, and that’s hardly surprising given that the area boasts more than 60 appellations, 115 hectares and almost 9,000 wine makers. However, it’s not all about wine and the up and coming city of Bordeaux is gradually growing its reputation as an ideal city break location – voted one of the cities to visit in 2017 by Lonely Planet. And with the opening of a new high-speed train line from Paris in 2017 meaning that you can travel from Paris to Bordeaux in just 2 hours, Bordeaux’s popularity as a weekend break destination is only likely to increase.

Bordeaux has seen many changes over the last few years, thanks to the hard work of mayor Alain Juppé in cleaning up the city which eventually led to its inclusion on the list of UNESCO World Heritage Sites in 2007. Bordeaux is now a fascinating blend of 18th-century grandeur and a modern, vibrant city that is attracting more and more people to live, work and visit.

Capital of the Nouvelle Aquitaine region and the Gironde department, Bordeaux is located in south-west France on the banks of the River Garonne and the Gironde estuary, is a stone’s throw from the Atlantic coast and is surrounded by vineyards. Bordeaux airport is a major airport with regular flights from the UK.

Reasons to visit Bordeaux this summer

What to see and do in Bordeaux

In the heart of the city is the Triangle d’Or, the three sides made up of the city’s finest boulevards – Cours Clémenceau, Cours de l’Intendance and Allées de Tourny – where you will find designer shops and independent boutiques. One of corner of the triangle is the Place de la Comédie overseen by the neo-classical Grand Theatre home to the Bordeaux national opera and ballet. Visit the theatre on Wednesdays and Saturday afternoons for an organised tour on the 18th-century concert halls. If shopping is your thing then try the Rue Saint Catherine, reportedly the longest pedestrian shopping street in the world.

Just off the triangle is the Esplanade des Quinconces, almost 30 acres of empty square with an impressive fountain, the Monument aux Girondins, paying tribute to the residents who died during the French Revolution. Look out for flea markets, funfairs and even a circus on the square.

Described by tour guides and locals as one of the most beautiful places in Bordeaux, the Place de la Bourse is definitely worth exploring. The square and its buildings are the perfect example of 18th-century Bordeaux architecture and the Miroir d’Eau – a vast reflecting pool with water jets – is a favourite with children on hot days.

The former docks on the left bank of the River Garonne were refurbished in 2000 and are now punctuated by green spaces, shops and playgrounds. The right bank docks have also been restored more recently and both sides are best explored by bike – try the VCub bike hire scheme – or you can hop on the river bus for a cheaper alternative to a tourist cruise. The Pont de Pierre is the oldest bridge in Bordeaux and it is said that the 17 empty medallions between the arches of the bridge were designed to hold the name ‘Napoleon Bonaparte’ but he was exiled before it could be done.

One of Bordeaux’s star new attractions is the Cité du Vin opened in June 2016. It offers an interactive experience exhibiting everything from the nitty-gritty of wine production through to its origins. Admission is €20 and this includes a glass of wine on the Belvedere viewing floor, and the views are incredible.

Bordeaux is a beguiling patchwork of districts from the glamorous centre to the diverse eateries of Saint-Michel, the medieval lanes of Saint-Pierre to the Chartrons area where quirky shops, trendy restaurants and outlet stores have taken over the old wine stores. For panoramic views of Bordeaux climb to the top of the Tour Pey-Berland and then explore the city’s cathedral next door.

7 exciting cities to visit on a weekend break

Le Chapon Fin has been at the heart of Bordeaux cuisine for nearly 200 years and was one of the first restaurants to receive 3 Michelin stars in 1933. The interior is designed in a grotto style with rough stone walls and candlelit niches. Regulars over the years have included Toulouse-Lautrex and Sarah Bernhardt. Menus from €28.

Brasserie l’Orléans on the Allée d’Orléans takes inspiration from an American diner with red neon signs, black and white prints of famous diners and a collection of chrome coffee machines. The brasserie is a favourite with locals and serves traditional bistro dishes.

In Bordeaux’s student district, Belle Campagne specialises in local food, only serving produce within a 250km radius. The restaurant looks more like a student flat than a restaurant and serves tapas-style dishes.

Located a short way from the main tourist eating areas, Coté Rue restaurant is a real find. For exquisitely flavoured dishes, in a relaxed yet sophisticated setting, it’s hard to beat. Make sure to book! Seven-course tasting menu €56, lunch menus from €25.

Budget: The original Mama Shelter budget hotel opened in Paris in 2008 and since then hotels have opened in Marseille, Lyon and Bordeaux. The Bordeaux hotel in housed in the former HQ of France’s national gas company and offers minimalist rooms and fantastic views from its roof terrace, as well as a restaurant and a stylish bar (doubles from €69).

Mid-range: L’Hôtel Particulier is a family-run hotel in a centrally located belle-époque townhouse with five bedrooms, named after different composers, and three apartments. Each has its own colour and quirks; high ceilings and polished parquet floors are complemented by large beds, fine upholstery and fittings (doubles from €175).

Luxury: Le Saint-James is located in Bouliac (known as the balcony of Bordeaux) so it is outside of the hustle and bustle of the city and offers fabulous views of Bordeaux and the River Garonne. The hotel has a pool, small vineyards and Michelin-starred restaurant.

According to the Notaires de France, Bordeaux has proved the best place to invest in property in the last decade, outside of Paris, with an increase of 41.8% in apartment prices and 25.7% in house prices. With the growing interest in the city it seems likely that property prices will continue to rise.

The average apartment price in Bordeaux is €3,330/m² although this can rise to €5,000 in the central Triangle d’Or. However this is still considerably less than central Paris where you can pay up to €8,020/m². House prices are an average of €350,000, although again this depends on the area.