French news stories that caught our eye this week 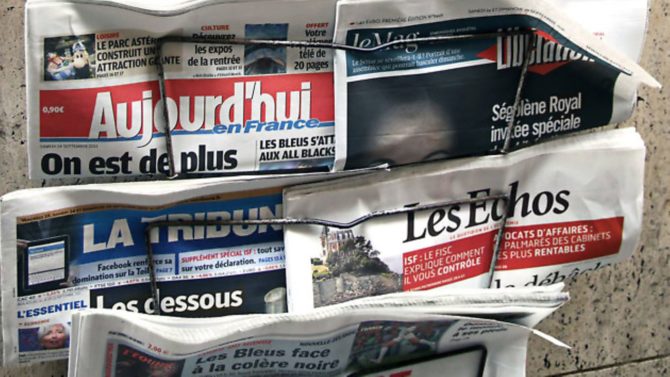 France remains the most-visited country in the world, a small bistro awarded a Michelin star by mistake and Paris’s Olympic slogan compared to a pizza advert – the French news headlines that caught our eye this week

France the most visited country in the world

France has kept its crown as the world’s most popular travel destination in 2016, attracting 82.5 million tourists. The total is slightly down on 2015’s record of 85 million, but is still encouraging news for the country’s tourist industry, after the terrorist attacks in Paris in November 2015 and in Nice in July 2016. Official figures from France’s national statistic agency, INSEE, also show that tourism bounced back in the last quarter of 2016. The number of overnight stays among French nationals rose by 4.3 per cent compared with the same period in 2015, with the equivalent figure for foreign tourists up by 2.9 per cent. This followed two consecutive quarters of decline.

A small neighbourhood bistro in Bourges in Cher, Le Bouche à Oreille, was mistakenly awarded a Michelin star last week which was supposed to go to Le Bouche à Oreille restaurant in Boutervilliers in Essonne. As well as having the same name the establishments are both found on route de la Chapelle, albeit in different areas of France. The Bourges bistro serves unlimited buffets and €10 menus, quite a different from most of the gastronomic restaurants awarded Michelin stars where meals can cost anything up to €490. The bistro stayed listed on the Michelin guide’s website for several days but was not included in the printed version of the guide.

France given final warning by EU over air pollution levels

The European Commission has given a final warning to France, Germany, Spain, Italy and the UK over breaches of air pollution limits and if they fail to act within 2 months they could face heavy fines. In France there are 19 zones where levels of nitrogen dioxide in the air exceed the limits, including Paris, Marseille and Lyon. The commission said that persistently high levels of nitrogen dioxide caused 70,000 premature deaths in Europe in 2013, almost 3 times the number of deaths caused by road traffic accidents. Pollution levels have been so high in Paris this winter that traffic restrictions and free public transport were introduced several times and a new sticker system to stop the most polluting vehicles has been introduced.

Read the warning from the EU Commission

Is this the only footage of Marcel Proust?

A black-and-white clip from a wedding in 1904 is thought to be the only known video footage of French writer Marcel Proust. The clip was preserved in the French national film archives and features the wedding on Armand de Guiche, a friend of Proust, to Elaine Greffulhe and is thought to have been intended for the Greffulhe private collection. The clip is just over a minute long and the man believed to be Proust is seen hurrying down the steps of a church wearing a grey coast and bowler hat.

The choice of the English slogan ‘Made for sharing’ for Paris’s bid to host the 2024 Olympics has proved unpopular with the Académie fran¬çaise who likened it to a pizza advert. The Académie said it “disapproved” of the slogan, claiming “it has already been used in other publicity campaigns… notably for pizzas to share”. The Académie française is the organisation charged with preserving the purity of the French language and they disapprove of the “decision to give priority to the English language to promote the Paris Olympic bid” especially as “the official languages of the International Olympic Committee are French and English – in that order”.

Bulletproof glass walls to be erected around the Eiffel Tower

Bulletproof glass walls 2.5 metres high are to be built at the Eiffel Tower as part of a plan to prevent terrorist attacks, Paris officials have confirmed. The €20 million walls will be completed later this year at the northern and southern ends. Temporary barriers put up on the eastern and western corners for the Euro 2016 football championship will be replaced by fencing. The new walls will prevent individuals or vehicles from storming the monument, which attracts more than six million visitors each year. The new walls will be designed to blend in with the River Seine, which borders the tower to the north, and the Champ de Mars to the south.

Previous Article 7 things to see and do in Corsica this summer
Next Article Bordeaux: an insider’s city guide