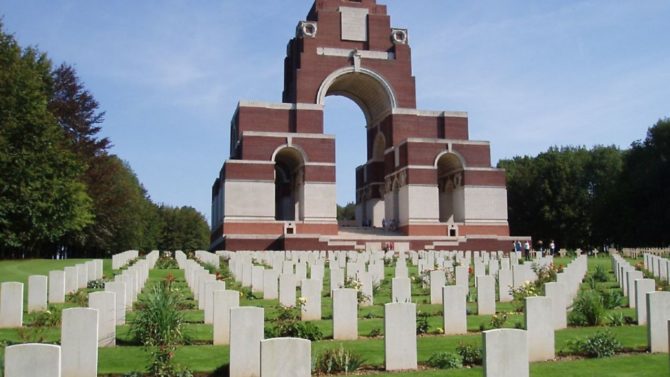 Find out what events are taking place in France to commemorate the Armistice centenary.

This month France will unite to commemorate the victims of the First World War. This year’s remembrance events are extra special as it is the Armistice Day centenary.

Would you like your Armistice event in France featured in our round-up? Please get in touch with us here with the relevant details.

President Macron’s tour of the battlefields

This tour will have a dual focus for the French leader: the 10 départements he will visit, including Ardennes and Pas-de-Calais, were not only destroyed by the War but are now being harmed by the financial crisis. Highlights include an international concert at Strasbourg Cathedral on 4 November and a visit to the battlefield of Verdun on 6 November.

International schools and military teams will be competing in this special rugby sevens tournament. The military competition takes place on Friday 9 November and the schools competition is the following day. On 11 November there will be a remembrance service and lunch to round off the long weekend.

‘Clearing in the Sky’ memorial concert

A musical remembrance ceremony has been organised by the Hartmannswillerkopf National Monument Committee in collaboration with the Consulates of the United States, Germany and Austria. The concert will take place at the Franco-German historical centre.

‘Compiègne during the Great Wars’ tableaux

11 tableaux will be projected onto Compiègne’s town hall as a touching reminder of the War that scarred the town. The tableaux will include the Zeppelin crash and the signing of the Armistice.

An open ceremony will take place the day after the memorial concert on the esplanade of the National Monument.

Present will be the of the Consuls General of Germany, Austria and the United States.

The Franco-German ceremony at the Armistice Clearing

President Macron and Chancellor Angela Merkel will preside over this ceremony, said to be “defined by the simplicity of a moment of silent reflection and of tribute”.

The Clearing is where the ceasefire treaty was signed 100 years ago.

Belgian choreographer Sidi Larbi Cherkaoui takes on the trauma experienced by the brave soldiers of the Great War in Shell Shock, featuring music by Nicholas Lens and lyrics by Nick Cave. The French President and foreign dignitaries are expected to be in attendance, as well as French people involved with the Centenary celebrations and representatives of today’s society.

This special ceremony will honour the eight Field-Marshals that directed the fighting in World War I, five of whom are interred at Les Invalides. The event is organised by the Army High-Command and Military Governor of Paris, and is expected to take place in the presence of the French President.

A speech by the French President is expected at this huge ceremony, which will see more than 120 foreign dignitaries representing the countries involved in the First World War, as well as members of many international organisations, attend.

The grand palace will host President Macron and the foreign dignitaries for a lunch. There are also lunch events organised by the Prime Minister, the Minister for Europe and Foreign Affairs, and the Defence Minister in order to host their own foreign counterparts.

The foreign dignitaries who attended the morning’s event will be invited to the opening ceremony of the inaugural Paris Peace Forum, which aims to make proposals on peace and global leadership in all areas. The ceremony will include a speech by the UN Secretary-General.

Ceremony at the Australian National Memorial

The Australian Department for Veteran Affairs has organised this commemoration of the Armistice at the Australian National Memorial.

Inauguration of the Gardens of Peace

Various locations in France including Fromelles, le Quesnoy and Vimy

15 Gardens of Peace will be established near major remembrance sites of the First World War thanks to a partnership between the Arts & Jardins Hauts-de-France team and the 14-18 Centenary Mission. Each garden will represent one of the nations that took part in First World War.