A Trail of Two Cities: London to Paris by bicycle 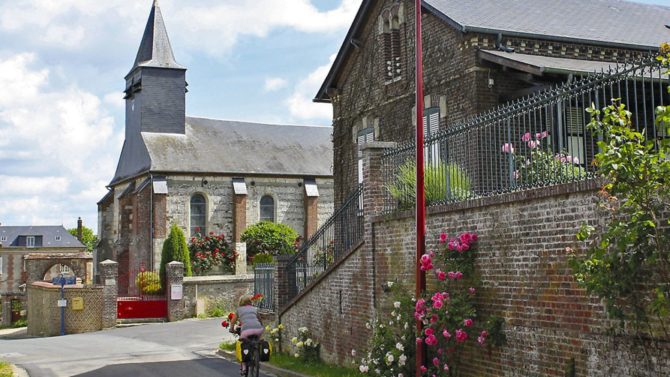 Looking for a new route for your next cycling holiday to France? On the ‘Trail of Two Cities’ route you can cycle from London to Paris and discover many beautiful towns and villages along the way

London and Paris – two great cities between which lie quiet country roads, cycle tracks, canal towpaths and gently undulating rural landscapes separated from each other just 10,000 years ago by 22 miles of water, the English Channel.

In 2012 the 387km (241mile) Avenue Verte was created and fully waymarked, encouraging cyclists from continental Europe to visit the London Olympic Games. Twelve years on, Paris will proudly host the Olympic Games in 2024, and it’s only fitting that a new route, dubbed the Trail of Two Cities has been devised by cycle touring specialist Mike Wells to encourage cyclists to travel between these great cities, going out by one route, and returning by another.

As the author of a new Cicerone guidebook Cycling London to Paris, Mike is quick to point out that the Trail of Two Cities is not in fact a new route.

“For centuries, the most popular ‘Classic’ route was to follow the old Roman road of Watling Street from London to Dover, cross the channel by way of the short ferry route between Dover and Calais and then follow Napoleon’s Route National 1 from Calais to Paris.”

At a leisurely pace you can cycle from London to Paris and back in two weeks, and have ample time to enjoy many of the attractions along the way.

And the attractions are plentiful along both routes, as Mike describes in a recent article. Starting at the Tower of London, the Classic route passes Greenwich and Rochester, following the ancient Pilgrims’ Way for a while before reaching Dover. In France the historic towns and cities of Abbeville, Amiens and Beauvais are linked by open fields, rivers and glorious châteaux.

The Avenue Verte meanwhile begins at Notre Dame, following the Seine chemin de halage (towpath), before crossing the limestone plateau of the Vexin then along mainly traffic-free routes to Dieppe. From Newhaven the route follows the traffic-free Cuckoo Trail, crosses the Sussex Weald and finally enters Surrey and Greater London to finish at the London Eye.

What better way to discover northern France than to take a couple of weeks to cycle these two routes and visit these great cities. The Cicerone guide Cycling London to Paris is the only guidebook to describe the Classic ‘Trail of Two Cities’ route and the only guide to describe the Avenue Verte in both directions. It is just one of many Cicerone cycle touring guidebooks to France, including guides for the Loire Cycle Way, the Rhone Cycle Route and the Canal du Midi.

Previous Article Stunning beach hotels in France for all budgets
Next Article Should I buy a Citroën 2CV?