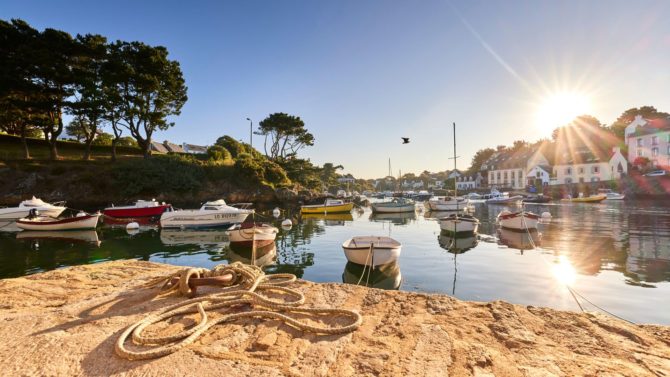 Clohars-Carnoët’s success was confirmed by ACES Europe, the non-profit association based in Brussels which every year assigns the recognitions of World Capital, European Capital, Region, City, Island, Community and Town of Sport, granting it the title of ‘Ville Européenne de Sport’ in the category of towns with fewer than 25,000 inhabitants.

To qualify for the ‘Ville Européenne de Sport’ label, candidates are assessed on a number of criteria including: sport for all, public health, pleasure in taking part, inclusion, good sportsmanship, and parasports.
Clohars-Carnoët, which is also a designated Ville d’Art et d’Histoire, might be small – it is home to just 4,333 permanent residents – but it packs a punch in terms of sporting facilities and provision. In addition to three ‘Pavillon bleu’ beaches, a label which guarantees clean beaches and water quality, the town boasts 660 hectares of forests, 100km of walking paths, a sports complex, a watersports and surfing centre, and 25 sports clubs with 2,000 members.

Other French towns to be recognised as a ‘Ville Européenne de Sport’ in previous years include Chalon-sur-Saône in Burgundy-Franche-Comté and Pau in Pyrénées-Atlantiques, while the Provençal city of Marseille in Bouches-du-Rhône was named European Capital of Sport for 2017.