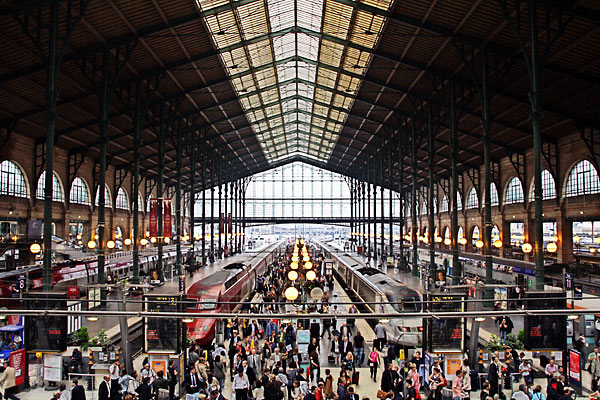 The Gare du Nord in Paris is the busiest train station in Europe, and the world outside Japan. It is estimated that approximately 214.2 million passengers go through the station each year. It is also said that only 3% of passenger traffic comes from the Eurostar service from London, with the majority of traffic being daily commuters.

Paris is also home to the second busiest and fourth oldest metro system in Europe, having been opened to the public in 1900. The Parisian metro carries over 4 million passengers each day, and the average distance between two stations takes 58 seconds to travel. The Paris metro runs over 600,000 miles (965,000km) each day, which is the equivalent of 10 times around the world.

A decommissioned area of the Porte des Lilas metro stop can be used by filmmakers for a cost of €20,000 a day, and it is featured in both Julie & Julia and Amélie.

Wanting to learn more about Paris?

Previous Article Help! We Bought a Village: 11 Hamlets for sale in France
Next Article How to pick the perfect second home in France