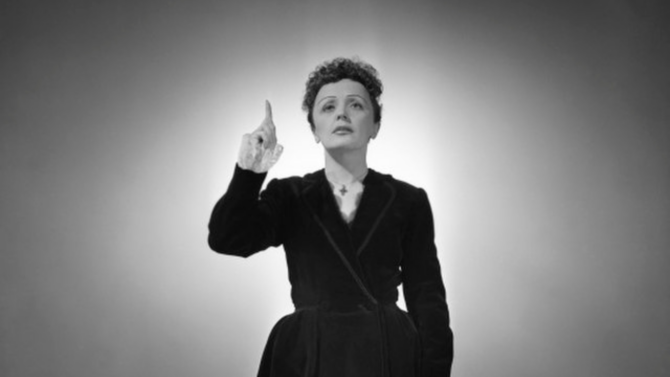 Legend has it that Édith Piaf was born on the pavement of Rue de Belleville in December 1915, and little is known about her upbringing.

Her real name is Édith Giovanna Gassion, and her small stature of only 4’9” earned her nickname – piaf being slang for sparrow. She was named after the British nurse Edith Cavell who was executed shortly before Piaf’s birth for helping French soldiers escape from German captivity.

Piaf was abandoned at birth by her mother and taken to live with her paternal grandmother who ran a brothel in Normandy. At age 17 she had a daughter named Marcelle who died of meningitis aged two.

She spent her teenage years singing on the streets of Paris until, in 1935, she was discovered by Louis Leplée, a nightclub owner, in the Pigalle area of the capital. He taught her some tricks in the entertainment business and told her to wear a black dress, which would become her trademark apparel.

Her life has been the subject of numerous films, with her tragic beginnings and misfortunes including the death of her lover, the married boxing champion Marcel Cerdan, in a plane crash and her substance abuse following multiple car crashes, cited as reasons for her early death at the age of 47 at her villa in Provence.

Find out more about France’s icons and discover more about French culture in France Today magazine – your go-to travel companion. Previous Article Book Competition: Win a copy of A Year at the French Farmhouse
Next Article 17 French properties within walking distance of a vibrant town centre