Where to go on the Nuit des Musées 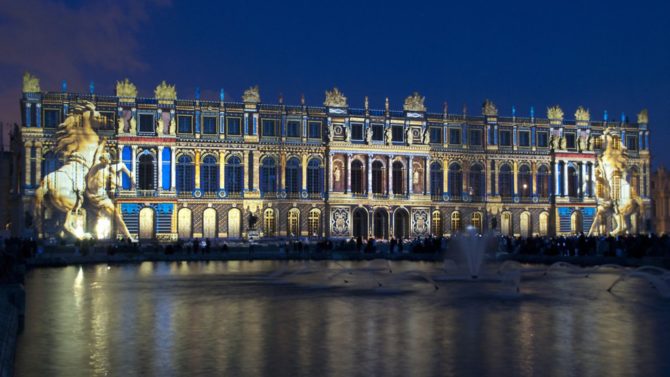 On 20 May, thousands of French museums and galleries will be open for free into the night for the Nuit des Musées event. We’ve chosen 14 places from across France with something exciting happening on 20 May

Now in its 13th edition, the Nuit des Musées on 20 May sees museums, galleries and cultural institutions across France (and Europe) stay open into the night and offer free admission to the public. There are also a number of special exhibitions, concerts, performances and events put on to celebrate the occasion. Institutions across the country take part but these are some of the museums we think you should visit…

The Grand-Palais in central Paris opens its doors to the public for free during the Nuit des Musées. As well as its permanent collections there are temporary exhibitions celebrating the centenary of the death of Auguste Rodin and the history of gardens, and there are contemporary dance performances taking place in the exhibition rooms.

Entrance to the Musée Louvre is free from 6pm until midnight so you can discover the iconic art housed in the Louvre by night. There are also presentations of interpretations of work in the museum produced by schoolchildren.

On the Nuit des Musées, the Palace of Versailles opens its doors to allow the public to discover some of its most iconic rooms. The areas open include the royal chapel, the King’s apartment and the Hall of Mirrors all looking even more impressive at night.

Discover the Earth from the air at the Museé d’Air et de l’Espace with a number of guided tours and exhibitions, all free for the Nuit des Musées. Take a guided tour around Concorde, learn how to read weather forecasts, guess the place in a quiz on French astronaut Thomas Pesquet’s photos from space and much more!

The MuCEM in Marseille opens for free until midnight on the Nuit des Musées and as well as the permanent exhibitions there are a number of special events. There are dance and music concerts of traditional, ancient, contemporary and improvised music throughout the evening.

The Cap Sciences museum are holding an Enig’mathique evening inviting you to take part in workshops and discover the role of maths in everyday life on the Nuit des Musées. There is also a detective game going on across the city of Bordeaux – a famous necklace has disappeared, stolen by ‘Z’ and it is your job to find it on 20 May…

The Musée des Confluences in Lyon is offering free admission on 20 May along with an exhibition on venom, work produced by pupils and music from the Gangbé Brass Band of Benin, a brass orchestra from Africa.

May events in France

Discover the Musée du Vin de Bourgogne in Burgundy for free and explore the history of vineyards and wine-making in Burgundy as well as a temporary exhibition of artists and creators who work with wood, earth and metal. There is also a quiz from 9-10,30pm where you can test your knowledge of Burgundy.

Step back in time at the Musée de Dieppe and discover period works, a medieval encampment complete with medieval food, try your hand at archery and look out for a flash mob of students performing a medieval/hip-hop dance…

Take a trip into the natural world at the Musée d’Histoire Naturelle in Lille and discover fossils, skeletons and insects of all shapes and sizes for free until 1am. The nearby Gare Saint Sauveur is open for free with an exhibition of African art and the Palais des Beaux-Arts is also open until midnight.

A torch is compulsory at the Musée Somme as you descend 10 metres underground into the tunnel that houses the museum in Albert. Discover the history of this infamous World War I battle by torchlight with a few new stories and surprises.

The Palais Idéal du Facteur Cheval is breathtaking enough during the daylight so imagine how the unique palace will look in torchlight on the Nuit des Musées. There will also be performances by folk duo Les Factors Chevaux to add to the ambiance.

As well as the Paris Louvre, its satellite museum the Musée Louvre-Lens is also taking part in the Nuit des Musées. Entry to the museum is free and you can explore the Miriors and Le Mystère Le Nain exhibitions as well as take part in some of the special events.