What is happening with France’s film festivals this year? 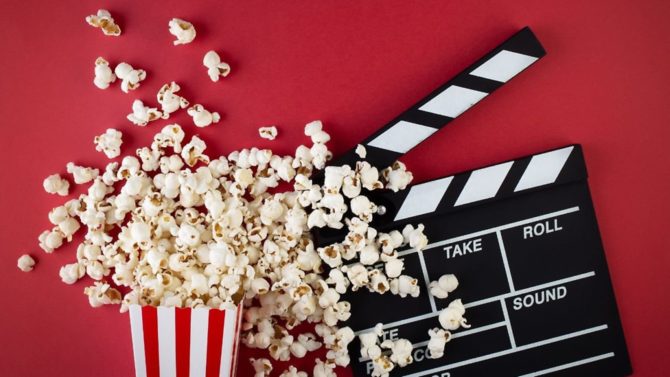 France’s staple film festivals Cannes, and Annecy have not been able to go ahead this year due to mass gatherings being prohibited during the COVID-19 crisis. However, the festivals have gone online in various forms.

Organisers from both festivals, together with curators from festivals around the word joined together as part of the free online We Are One global film festival on YouTube which ran from 29 May – 7 June 2020 and had new short films premiering daily. The festival was to raise money for COVID-19 relief funds including the Solidarity Response Fund for WHO as well as celebrating the creative talents of filmmakers around the world.

It also included L’Heure de L’Ours, a vivid animation Directed by Agnès Patron and inspired her son and “everyone’s inner child.” as Part of the Cannes short film selection,

Le Printemps de Mélie, from French animator Pierre-Luc Granjon is part of a four-part animated series follows Princess Molly and Léon the bear through the four seasons as they find adventure in the small kingdom of Escampette.

Some of the films are still available to watch on the WE ARE ONE YouTube page.

Annecy International Animated Film Festival will also be going online later this month from 15-30 June with a charge of just €15 for the general public to access films throughout the whole of the 15-day festival. The programme includes feature film, Calamity, une enfance de Martha Jane Cannary, directed by Rémi Chayé about a young girl called Martha Jane who has to drive her family’s wagon in a convoy in the American West. It also includes Rivages (The Shoreline) by Sophie Racine, “A multi-sensory evocation of the sea, wind and light,” as well as a selection of animated virtual reality pieces.

While the Festival de Cannes is not planning to screen its films publicly online it is holding a virtual networking even, Marché du Film online, on 22-26 June for members of the film industry. Cannes has also recently announced its Official Selection for 2020 which includes comedy film Antoinette in the Cévennes by Caroline Vignal in which Antoinette follows her lover and his family on their hiking trip in the Cévennes. Documentary 9 Jours à Raqqa by Xavier de Lauzanne, follows Leïla Mustapha who is trying to rebuild the Syrian city of Raqqa in the wake of war. Another French film in the selections is Slalom by Charlène Favier about a teenager in the French Alps who gets accepted to train at a ski club for future professional athletes.

With lockdown easing in France and cinema’s due to reopen there on 22 June, Cannes organisers say the festival “will maintain its mission of putting cinema at the heart of the world.”

11 French language TV programmes you can stream in the UK

Previous Article How will French taxes change for UK nationals after Brexit?
Next Article All aboard for a leisurely boating adventure through Lot-et-Garonne