The dos and don’ts of French etiquette 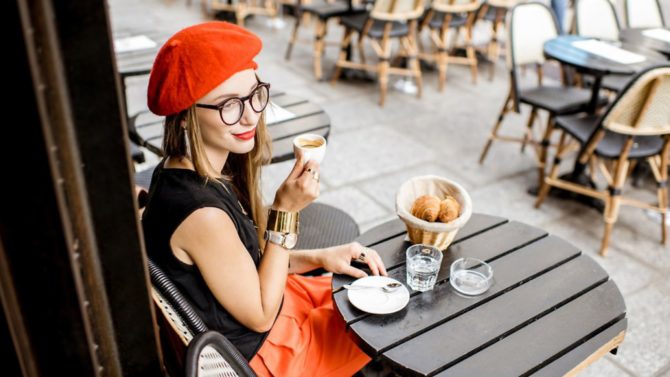 Vous or tu? To bise or not to bise? Cheese after or before dessert? The dos and don’ts of French etiquette can be tricky to navigate as a newcomer in France so here are some of the rules to follow en société

Salut *smooch* ça va? *smooch* oui *smooch* et toi? *smooch*. Greeting a person in France with la bise can sound a bit like this. The number of bises – a peck on the cheek – is determined by a mind-boggling calculation that goes a bit like this: region of origin plus current location divided by familiarity minus number of croissants you’ve had for breakfast. Jokes aside, faire la bise is an artform that confuses even the French.

Etiquette, traditions and expected social behaviour are the second language you need to learn after the actual lingo of a country you’ve moved to. While this is true for any place you settle in, France does seem to ask a lot when it comes to interactions. The rules even change according to where you are in France, the people you are with, age and the context in which you interact.

Learning the lingo is a must and while this holds true for any country, it’s also a matter of etiquette in France where they are very proud of Molière’s tongue, so it’s double the offense if you start talking in Shakespeare’s.

…. Say “bonjour” and if you can manage a “vous allez bien?” then you’ll be welcomed with open arms. Speaking of which, one language rule to keep in mind is when to use ‘tu’ and when to use ‘vous’. Both translate as ‘you’ but the first is more familiar and should be used for someone you know well. The latter is formal and preferably used when interacting with someone you’ve just met; it’s mandatory when speaking to officials, such as the maire, or people in the service industry, such as a waiter or a cashier. You should also use ‘vous’ when addressing your elders although that rule has gradually relaxed somewhat over the years. Increasingly, people of the same generation tend to go straight into ‘tu’, particularly among the 20 and 30-somethings.

…. Be alarmed if you hear sounds that are usually considered impolite back home in the middle of a French conversation; by all means, use them! A long whistle can sometimes replace a word in an entertaining story meant to impress. Imitating breaking wind with pouted lips just means ‘I don’t know’. A stretched out ‘rooooh’ (the r must be pronounced from the throat) expresses annoyance as well as its longer version ‘roolala’. The French equivalent of ‘tut tut’ is a short sound made by slapping your tongue against the roof of your mouth and your top front teeth and conveys irritation. It can be coupled with a short ‘roh’ for better effect.

It sometimes feels like you need a Masters degree in diplomacy to greet a French person but, really, it’s mostly down to instinct and a few bits of knowledge.

…. Greet everyone in the room when you walk in. In many offices, particularly small businesses, colleagues will make a point of going round and shaking hands or giving bises to everyone in the morning. Upon exiting a lift, always say “au revoir” or “bonne journée/soirée” (unless the lift is empty…).

Traditionally, though this is not set in stone, men shake hands but give women la bise, even their colleagues, while women give bises to everyone. Two men who are very close often give each other bises. In the context of professional meetings or interviews you always shake hands, regardless of gender. A bise is no more than brushing your cheek against the other person’s cheek. Indeed, an actual kiss on the cheek is a mark of closeness and affection. Bises range from one to four but the most common number is two. Even the French get mixed up with the number of pecks to give as it changes from one area to the next. While getting it wrong is a bit embarrassing for both parties as it leads to awkward invasions of personal space, you just have to laugh it off.

Mastering the arts de la table is complex and instilled in children at a very young age at home but also at school, as eating together is extremely important to the French.

If you are invited to dinner by your new neighbours or friends:

…. Take flowers or something sweet like macarons or chocolate to have with coffee.

…. Take a bottle as a gift for the host as that might suggest you think they have poor taste in wine. When raising a toast with your glass of wine, look the other person directly in the eye, don’t cross your arm with another guest’s, and take a sip immediately afterwards.

…. Be early – in fact, aim to be five to 15 minutes late (but no more), as this gives your host time to finish preparing things.

Incidentally, to be invited ‘à dîner’ will be a sit-down meal with courses; ‘un apéritif’ will be a more relaxed affair with elaborate finger food and nibbles but is more than just pre drinks and will last as long as a formal dinner!

If you are hosting dinner:

…. Respect the following order: apéritif drinks with light nibbles, starter, main, cheese – served with a bread basket and a side bowl of green salad with dressing – dessert, coffee and chocolate or a liqueur or spirit to serve as digestif. Obviously pair wines accordingly but you usually start with white before going into red.

All these rules aren’t necessarily set in stone nor practised exactly like this everywhere in France. They are simply what I was taught growing up here and I hope you find them useful. Have a go and embrace any faux pas with apologies and humour – the French will love you for it. Bon courage et merde (that’s ‘break a leg’ in French…)

8 things you need to know about dating etiquette in France

What is a French bistro?

11 French expressions to use in conversation