9 inventions you didn’t know were French 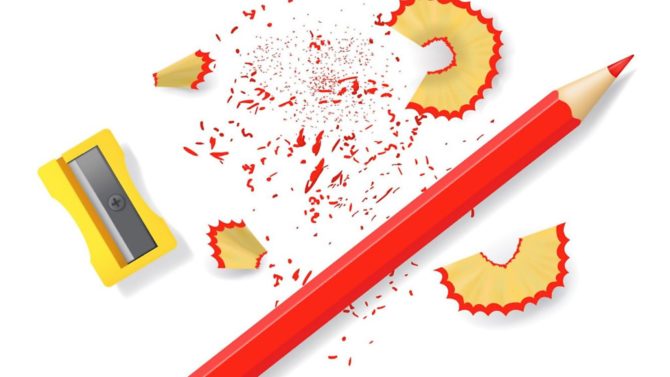 It’s hard to imagine modern life without these inventions but did you know we have the French to thank for them?

French mathematician Bernard Lassimonne filed for a patent in 1828 before fellow Frenchman Thierry Des Estivaux improved the design in 1847, creating the device we are familiar with today.

The raised dot system known as Braille was invented in 1824 by Frenchman Louis Braille, who lost his sight at the age of three. During his time as a student at the National Institute for Blind Children in Paris, Braille learned of French army officer Captain Charles Barbier’s 12-dot system that was intended for night-time battlefield communications. He used Barbier’s system as a starting point for his six-dot system which was later adopted as the official communication system for blind people in France.

French electrical technician André Cassagnes designed this popular toy, originally called l’Ecran Magique (the magic screen) in the late 1950s. An estimated 175 million have been sold worldwide since it first went on sale in July 1960, and in 1998 the Etch A Sketch was inducted into the National Toy Hall of Fame in New York, cementing its place in history.

Invented by French stylist Alexander Godefroy in 1888 for use in his hair salon, the first hair dryer was a large, cumbersome machine that couldn’t be moved or held. It consisted of a dome that attached to the chimney pipe of a gas stove and blew hot air over his clients’ wet hair to accelerate the evaporation of water.

French physician René Laennec invented the stethoscope in 1816 at the Necker-Enfants Malades hospital in Paris. Uncomfortable with placing his ear on the chest of an overweight female patient to listen to her heart, as was common practice at that time, he rolled up a sheet of paper into a tube to funnel the sound to his ear. The paper was soon replaced by a wooden tube and Laennec called his invention the stethoscope, which transformed the way doctors could diagnose conditions.

The idea was first conceived in the late 18th century by Frenchman Louis-Sébastien Leonormand, who came up with the word ‘parachute’ by combining the French prefix paracete, meaning to protect against, and chute meaning fall. However fellow Frenchman André-Jacques Garnerin was the first to design and test parachutes that were capable of slowing a person’s fall from altitude.

Concerned about feeding his armies, Emperor Napoleon Bonaparte offered a reward to anyone who could develop a way of preserving food. In 1809 confectioner and brewer Nicolas Appert came up with the idea of preserving food in a bottle, like wine. His process involved tightly sealing food inside a container, heating it to a certain temperature and then keeping the container sealed until the food was to be eaten. The use of tin-coated cans instead of bottles was patented by British merchant Peter Durand in 1810.

Many believe that the modern metric system can be traced back to Lyon vicar Gabriel Mouton, who proposed a decimal system of measurement in 1670. In 1790 the French National Assembly tasked the Académie des Sciences in Paris with standardising units of measurement. The Académie eventually came up with a new unit that they called the metre, from the Greek work ‘metron’ meaning to measure. The French government officially adopted the system in 1795 and in 1840 made its use compulsory.

It is said to be the invention of the French chef of the Duke de Richelieu in 1756 although this is hotly debated. While the Duke was defeating the British at Port Mahon, his chef found that he didn’t have enough cream to make a sauce for the victory dinner so resorted to mixing oil and eggs instead to make something new.

A French icon: The Citroën 2CV