Win! A copy of The New Paris by Lindsey Tramuta 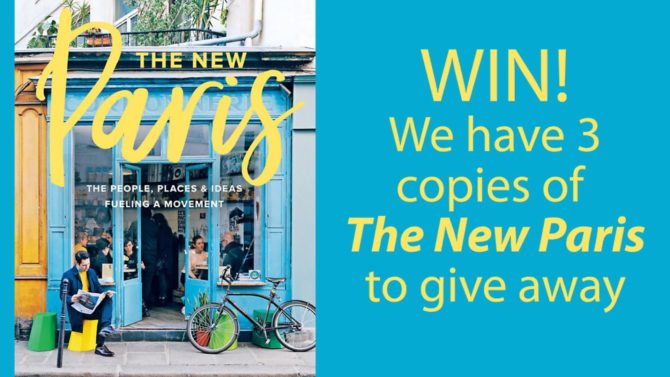 Enter French Property News’ competition for a chance to win a copy of The New Paris by Lindsey Tramuta.

“If I returned after that first summer of intense study and linguistic immersion in Paris and laid down roots shortly thereafter, I did so for its true colours as a liveable, everyday city that is as grimy as it is chic, as maddening as it is edifying.”

Paris has long had a reputation for clinging to its old gilded image and classical reputation. But the time has come for the French capital to change. Or so American Journalist Lindsey Tramuta declares in her new book whose subtitle – The people, places and ideas fuelling a movement – promises a unique and exciting insight into the French capital.

Author of the award-winning blog Lost in Cheeseland, Lindsey takes readers on a journey into the evolving Parisian world from food to craft beers and coffee, from fashion to design.

Beautifully illustrated by photos from Charissa Fay, The New Paris paints a lesser-known portrait of Paris, one that is complex but incredibly vibrant and diverse. Lindsey debunks the romantic and fantasised image tourists may have of the City of Light to reveal its true spirit.

We have three copies of The New Paris to give away. Click here to enter

Previous Article Brexit survey: Tell us how Brexit has affected you
Next Article This is why you should visit Avignon this summer