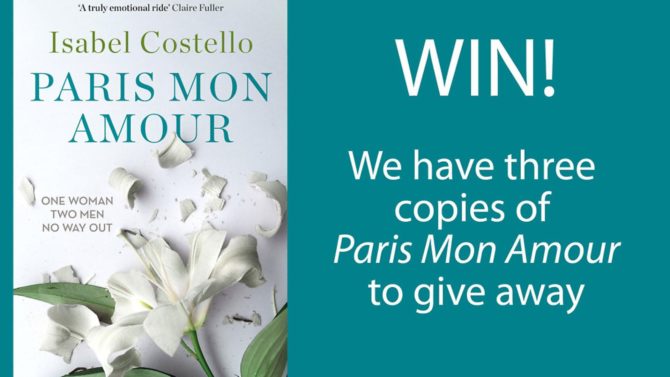 This competition has closed but we have plenty of other competitions you can enter! Find them all here

“The first time I caused terrible harm to those I love it was by accident. The second is the reason I’m here.”

British-American expat Alexandra lives a glamorous life in Paris where she works as an art book publisher with her husband, Philippe, a contemporary art dealer.

Her life takes on a bitter turn when she finds out that Philippe is having an affair. While still in shock, she meets Jean-Luc, the 23-year-old son of Philippe’s best friend. The two give in to mutual attraction and fall into a dangerous relationship that threatens to hurt everyone Alexandra cares about.

A lifelong Francophile, Isabel Costello weaves an intriguing tale of love, lust and loss to the beautiful backdrop of Paris in this first novel.

The book, although a passionate story about love and its inescapable effects, also offers an insight into what it is like to live in a foreign city as an expat; despite living in Paris for several years and mastering the French language, Alexandra still feels like an outsider.

Well written and with true characters, this novel is a passionate tale and a real page-turner.

This competition has now closed.

Previous Article Beautiful French properties for under €150,000
Next Article Family-friendly places to stay in France