WIN! a copy of My Old Lady on DVD 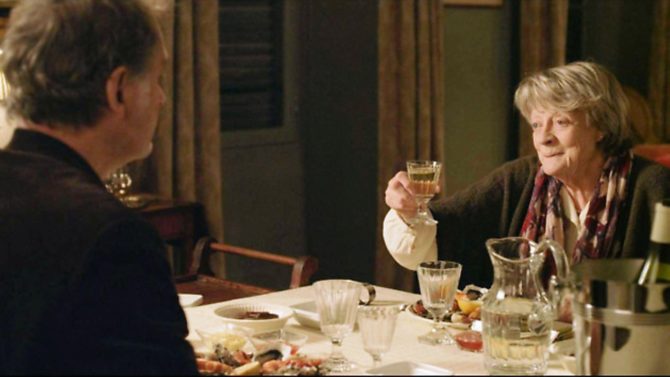 My Old Lady Curzon Film World, Cert. 15, £15.99, www.curzonworld.comAny film that can name Kristin Scott Thomas and Dame Maggie Smith among its line-up is a draw in itself, but couple that with a story set in Paris – especially one about French property – and it’s seriously one to watch.

Mathias (Kevin Kline) is a thrice-divorced, down-and-out New Yorker who has inherited a sprawling apartment in Le Marais from his late father. In financial desperation, he travels to Paris with the intention of selling up and cashing in. Yet when he arrives, he finds the apartment inhabited by 92-year-old Mathilde (Maggie Smith) and her daughter Chloé (Kristin Scott Thomas).

Mathias quickly learns of the old-fashioned French system of buying and selling property en viager, and that far from getting rich quick, he must pay a monthly fee to Mathilde until her death, before he can sell the apartment for its full market value. This frustrating set of circumstances turns out to be a blessing, leading him to family discovery, long-awaited acceptance of the past and even unexpected love.

This is a début film for playwright director Israel Horovitz, whose own ripe age of 75 can only have imbued the adaptation with the thoughtfulness it needs. Kline is excellent as the self-absorbed, defensive Mathias, whose character eventually succumbs to a wave of relapsed alcoholism to reveal the deep scars of unresolved emotion, for which we feel desperately sorry. Smith gives a polished performance as the regal Mathilde, whose age – as with her character in Downton Abbey – does little to quash her authoritative air; there are plenty of Dowager Countess-esque lines, such as “I’m 90 – subtlety isn’t something I’m interested in”. Thomas’ character is the least believable, but we can’t help but be glad when she too, like Mathias, finds happiness.

Although the film as a whole verges on over-sentimentality, it is a charming, satisfying drama about coming to terms with life’s deficiencies and discovering a way to start anew. Above all, its resounding message is that red wine is the key to a long life, so it is perhaps best watched with a glass of it in hand.

We have three copies of My Old Lady on DVD to give away. To enter the competition, click here.