WIN! A copy of Luke Nguyen’s France: A Gastronomic Adventure 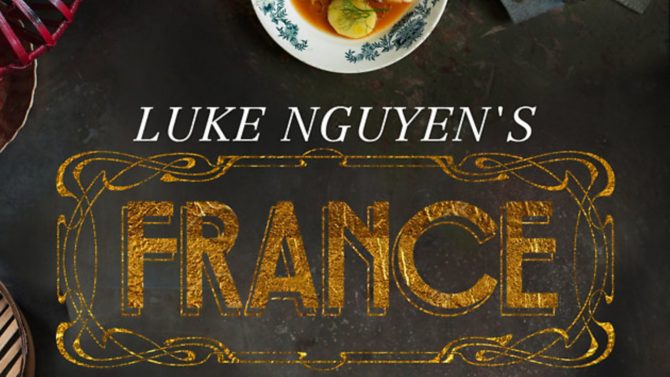 “Before a quick reconnaissance for the television show, I’d never been to France. When I finally arrived I was like a kid in a candy store, and could never quite believe how beautiful and inspiring the food culture actually is.”

With the trend for ‘fusion’ cuisine firmly on the rise – that is, food that blends influences from two or more countries or cultures – this beautiful book is at the top of our lists for the year ahead, regardless of how supportive (or not) it is of our New Year diets.

Acclaimed Vietnamese-Australian chef Luke Nguyen is no stranger to the publishing world and his food roots run deep: his parents opened and ran a Vietnamese restaurant for many years, and it was this familial passion that first ignited his love for his native cuisine. His own Sydney restaurant The Red Lantern won the acclaim of Best Vietnamese Restaurant in 2009. But Nguyen has recently become best-known for his eponymous TV series on France, which began airing last year and has now been brought to life on paper. The book follows his culinary journey through France to discover the flavours, ingredients and dishes that have influenced cooking back home in Vietnam following its 100 years of French colonisation.

From the bustling streets of Paris and historic towns of St-Malo and Strasbourg to the coastal hotspots of Nice, Marseille and Biarritz, Nguyen meets chefs and locals to hear their stories about and passion for food, and – of course – to sample their regional specialities along the way.

There’s a balance of traditional classics and those given a modern twist, as well as Nguyen’s own interpretations of French-Vietnamese fusion food. Some of our favourites are the Vietnamese steak tartare, eggs en cocotte with lap cheong (Chinese sausage), duck with sweet and sour blackcurrant sauce, and kaffir lime and lemongrass crème brûlée.

Filled with stunning location and food photography throughout and complemented by the striking design that is signature to his books, Luke Nguyen’s France celebrates the flavours of two of the world’s most respected cuisines and is guaranteed to shake up your sessions in the kitchen.

We have two copies of Luke Nguyen’s France: A Gastronomic Adventure to give away.

Previous Article January 2016 issue of Living France out now!
Next Article The tragic life and death of Édith Piaf: a French icon