WIN! A copy of France: An Illustrated Miscellany 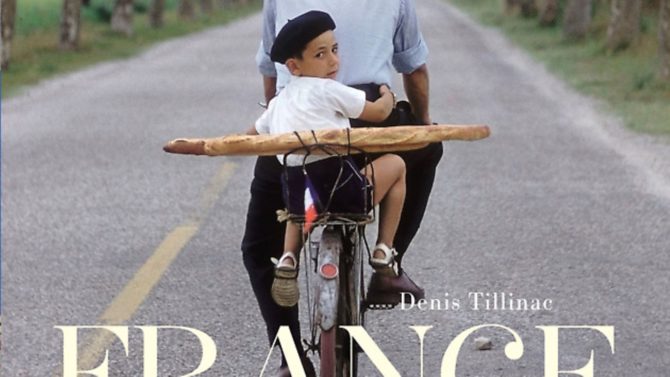 French Property News has three copies of France: An Illustrated Miscellany to give away

“Every man has two countries: his own and France.” – Thomas Jefferson

“My love for France is easygoing. Like others’ for a wine that makes them tipsy. France is lodged within my heart; she sticks to my boots. I confess being French in both mind and soul; it’s all been quite involuntary and effortless. But not obsessive. And always a delight.” – Denis Tillinac

The ability to ‘dip in and out’ of a book is a feature many people remark on when making a recommendation; it’s certainly what works best for coffee tables and bedsides, when social chatter or sleepiness prevent earnest concentration. This is one such example: a veritable compendium of all things French, as seen through the eyes of award-winning author Denis Tillinac.

Interspersed with beautiful photos of the country, there is a wide selection of entries inspired by some of France’s proudest traditions, historical figures and best-known exports. Subjects range from the fishing villages of Brittany to the TGV, from the Loire Valley to Édith Piaf and from baguettes to La Marseillaise.

Of course, Paris gets a look-in, as does Bordeaux, Dordogne and the Riviera. There’s plenty of material for history lovers, too, with snippets about Joan of Arc and Henry IV. While few of the entries come as a surprise, Tillinac’s personal viewpoints and anecdotes make this far from a stereotypical, guidebook-style regurgitation of what makes France France, but more a personal love letter to his home country. The illustrations are similarly eclectic, with a mix of chic monochrome photos and Impressionist paintings scattered among more typical shots.

The cover image – reproduced, of course, in the section about baguettes – is an endearing and relevant choice: the juxtaposition of young boy and older man seems to represent the author’s lifelong patriotism, and it goes without saying that the bicycle, berets and avenue of trees clamour ‘France’ more than any other. If conversation around the coffee table tends to run a little dry, or you fancy a five-minute French nightcap before lights out, this is one to buy with confidence.

We have three copies to give away – click here to enter the competition.

Previous Article What are social charges in France?
Next Article Dordogne at a glance