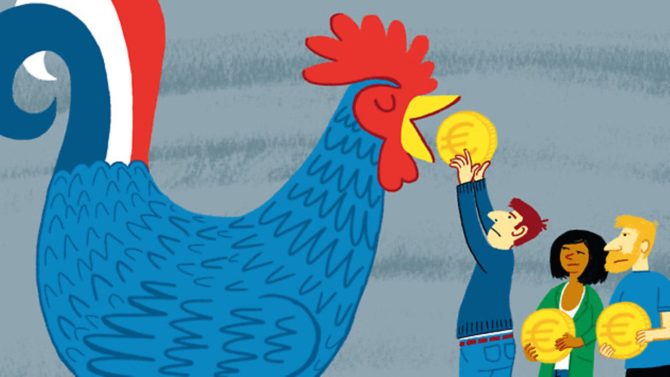 Social charges can often cause confusion among expats in France and the recent ruling by the European Court of Justice has changed the rules. Tax expert Rob Kay explains what social charges are and who has to pay them

WHAT ARE SOCIAL CHARGES?

Unearned income, such as rental and investment income and capital gains, is charged at a total rate of 15.5% on the net taxable income.

There are no allowances on reliefs other than being able to deduct a proportion of the social charges payable on income taxed at the scale rates against earned or pension income.

WHEN DO I PAY SOCIAL CHARGES?

DO NON-RESIDENTS HAVE TO PAY SOCIAL CHARGES?

However, in February 2015 the European Court of Justice ruled that social charges paid by French residents working outside of France on unearned income (e.g. capital gains and rental income), and also non-French residents with French source unearned income, were discriminatory and a threat to the free movement of workers with the EU. For such income, the competent member state is the one in which the taxpayer is subject to social security.

Therefore, if you are not resident in France, or are resident but working abroad, you should not pay social charges on your French unfurnished rental income or on capital gains on French property.

If you have paid social charges on unearned income, then you are entitled to apply for a refund to recover the tax. You should contact your French lawyer or accountant for help with making a claim. This claim needs to be submitted by 31 December of the second year following payment.

DO YOU PAY SOCIAL CHARGES ON UK RENTAL INCOME?

Any rental income generated from UK property is liable for tax in the UK, whether you are resident there or not. However you have an individual personal allowance of £10,600 (for the 2015/16 tax year). If you and your spouse have no other UK source income, and your rental income is below your combined allowance, then you will have no tax to pay in the UK.

The UK/France double tax treaty serves to avoid double taxation. Credit is due in France for the equivalent amount of French tax and social charges, “provided the resident of France is subject to UK tax in respect of that income”. If no tax has been paid in the UK, French tax and social charges are payable on UK rental income. This is the French authorities’ interpretation of the UK/France double tax treaty even though the income being ‘subject to UK tax’ or taxable in the UK does not necessarily imply a tax liability arising in the UK.

UK pension income received by French residents is generally taxable in France and not the UK, with one exception: government service pensions. If a pension arises from government employment, only UK tax is payable regardless of the country of residence.

You still need to declare your government pensions in France though, as although it’s not taxable, it is taken into account when determining the rate of tax on other income.

Local tax offices therefore tend to include government service pension income when calculating your social charges for the year. This is, however, a grey area. Some people are charged, others are not; some request and receive refunds, some don’t. Given the actual wording of the UK/France double tax treaty, social charges should strictly not be payable.

In any case, though, if you have Form S1, you are not liable for social charges on any of your UK pension income, including government service pensions.

When you add social charges on top of income taxes, your tax bill in France may be rather high. However, there are compliant arrangements in France that can lower your tax liabilities on your savings and investments, sometimes significantly. You should always seek professional advice on tax in France, both to make sure you are aware of all the latest tax rules and that you hold your savings and assets in the most tax-efficient way.

Rob Kay, Blevins Franks www.blevinsfranks.com Read our guide to the French tax system and how to pay your income tax in France The tax rates, scope and reliefs may change. Any statements concerning taxation are based upon our understanding of current taxation laws and practices which are subject to change. Tax information has been summarised; an individual should take personalised advice.

Previous Article The process and legalities of buying a vineyard property in France
Next Article WIN! A copy of France: An Illustrated Miscellany