What to look forward to in France in 2017 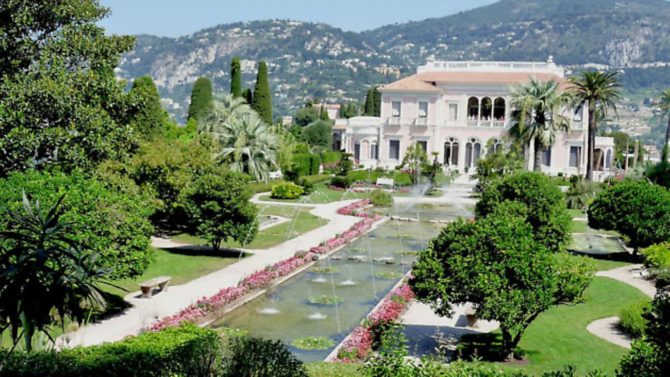 2017 is a big year for France and not just because of the Presidential elections. From anniversaries and special events to exciting openings, here’s why you should visit France in 2017

The Puy du Fou, the award-winning historical theme park in the heart of Vendée, will be celebrating it’s 40 years of existence after its founder Philippe de Villiers first wrote the hugely successful Cinéscénie in 1977. The opening of a new hotel based on a Medieval theme, a new musical show and two new restaurants will mark 2017. Disneyland Paris turns 25 on March 26 and will be launching from that date a brand new parade, a new night-time show and a new attraction based on the Star WarsTM films, while the whole anniversary celebrations will be based on the ‘time to sparkle’ theme.

As the playground for the 19th-century aristocracy, the Côte d’Azur harbours a wealth of fascinating and beautiful gardens, from botanical gardens to blooming flower gardens. Following the theme ‘Awaken your senses’ the brand new Côte d’Azur garden festival will celebrate the region’s botanical heritage with several events held in various town centres from April 1 to May 1 2017. They include an IN festival which comprises a temporary gardens competition and the opening of exceptional gardens, and a region-wide OFF festival with activities, conferences, exhibits, open houses and guided tours.

Another notable anniversary will be rocking the south of France as the famous international Cannes festival turns 70, celebrating decades of glamour and the art of cinema from May 17 to 28. This year’s edition will be one to remember as the stars should join in on the celebrations of such a milestone anniversary.

The UNESCO-listed city of Le Havre in Normandy is celebrating its 500th anniversary and will be organising various events from May 27 throughout the summer until October 8 2017. Visitors can look out for contemporary art installations by internationally renowned artists, special exhibitions, spectacular street parades including one by the favourite Royal de Luxe featuring their giant puppets. The city’s impressionist heritage will also be celebrated as Monet’s masterpiece Impression, Sunrise will return to Le Havre and be put on display at the André Malraux Museum of Modern Art (MuMa).

One of the world’s fashion capitals will be opening a museum dedicated to one of France’s most renowned designers, Yves Saint Laurent. Scheduled to open in autumn 2017, the museum will be housed in the Fondation Pierre Bergé and will showcase the couturier’s works and feature his iconic collection including accessories, clothes, hand-drawn sketches and photographs. Yves Saint Laurent’s own studio will feature in the tour in order to immerse visitors completely into his creations.

You’ll have to wait until the end of 2017, and maybe even early 2018, but Lyon will be opening a very exciting new centre dedicated to French gastronomy. It will be housed in a former hospital, the Hotel Dieu, and will be a huge cultural centre devoted to French cuisine, its flavours, styles, traditions and creations and will celebrate the pleasure of cooking. The Cité Internationale de la Gastronomie will also have exhibitions as well as research and education centres.