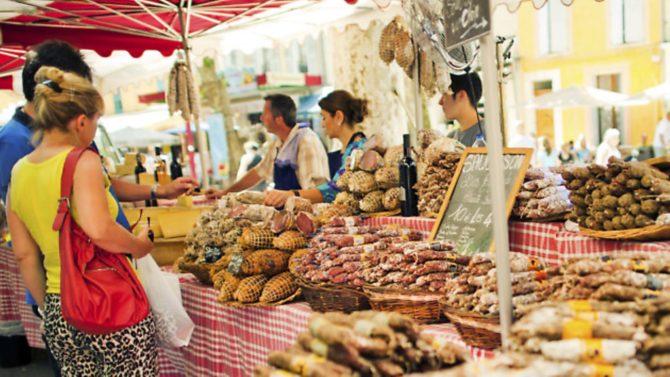 A survey of expats around the world has revealed that France offers great quality of life, job prospects and is an ideal place to raise a family

France moved up to overall 21st place in 2016’s HSBC Expat Explorer survey, which looks at the best places in the world to live for foreigners. Up from 29th position last year, the ranking puts France ahead of the UK and other European countries including Belgium, Poland and Italy, as well as beating China, India, South Africa and the USA. Almost 27,000 expats from 190 countries and territories were surveyed for the report, and asked about how easy it was for them to live, work, and raise a family where they were.

In a secondary ranking in the survey, known as the Experience Country league table, France had jumped five places from 14th place in 2015 to 9th place this year, with expats’ enjoyment of the French way of life analysed in detail. The survey found that almost half of expats who move to France do so to improve their quality of life, with 69% seeing an improvement. Expats also said that they have seen improvements in their health, with 52% saying their physical health is better and 58% saying the environment is better in France than in their home country.

Which areas of France are most popular with British buyers

According to the report, employed expats also see professional benefits of living in France: 72% said their work/life balance is better in France than in their home country, compared with 52% of expats globally. Over half also reported on improved job security in France, compared with 38% of all expats.

France is better for families…

The survey went on to find that expat children also benefit from living in France, with 62% of expat parents saying their children’s quality of life has improved and 58% seeing an improvement in their overall health and wellbeing. France offers expat parents a number of financial benefits: 59% of parents say childcare is less expensive in the country (compared with the global average of 26%) and 43% say that the overall cost of raising children is lower than in their home country, compared with the global average of 19%.

How easy is it for children to become bilingual?

Expats make an effort to integrate…

Almost three quarters (73%) of expats in France said they enjoy immersing themselves in the local culture, while 67% felt they integrate well with the local people and nine in 10 are learning and using the French language. Over one in five (22%) of expats said that France felt like home almost instantly, compared with the global average of 16%.

Many expats are property owners…

Crucially, the report found that over two thirds of expats in France have invested in property there, compared with the global average of 32% – this is the highest percentage to do so in Europe and the second highest globally. Almost half (49%) say they sold a property at home in order to buy their French property, compared with the global average of 23%

Previous Article WIN! A copy of How to Read Paris
Next Article How much should you negotiate on a property price?