9 Great things to do in Paris in summer 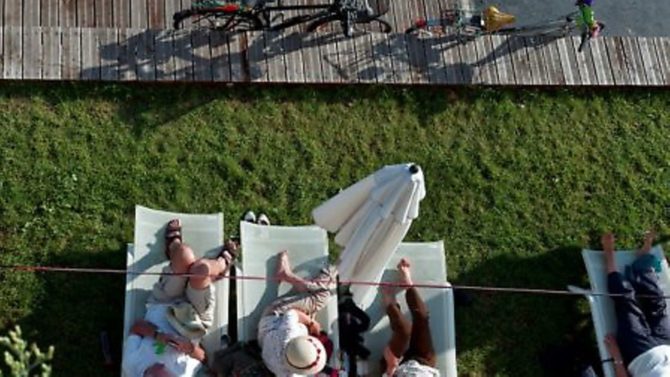 Thought Paris shut down in August, think again! From film and music festivals to beach games, there are plenty of ways to chill out as the summer continues in the capital.

Since 2002 the capital has enjoyed the annual opening of its urban beaches along the banks of the River Seine. As in 2017, the beaches themselves have shunned sand in favour of vegetation, but the umbrellas, deckchairs, concerts, entertainments and joie de vivre remain the same. This year’s locations are Parc Rives de Seine, Quai de Loire and Bassin de la Villette as well as on the esplanade of City Hall. Water sports and activities, as well as three open-air swimming locations at Bassin de la Villette complete this popular urban seaside package.www.parisinfo.com

Paris’ second largest funfair caters to all the family with around 60 attractions including merry-go-rounds with wooden horses dating from the 1900s, a big wheel from which to view the scenery of Paris, bumper cars and a ghost train. Don’t forget the candy floss and creepers too!

The lovely setting of the Parc Floral in the Bois de Vincennes plays host to a series of eight open-air performances of classical music. Aimed at all levels of listener, from aficionados to first-timers, tickets are set at a reasonable price to encourage one and all. www.classiqueauvert.paris.fr

Catch a classic film for free at the Cinéma en Plein Air this summer. Since 1990 the Parc de la Villette in the 19th arrondissement has set up an annual open-air film theatre, where visitors can sit beneath the summer sky with a picnic for the perfect Parisian pick-me-up. Movies vary from modern action thrillers to French classics and highlights this August include Frances Ha by Noah Baumbach and the inimitable Les Parapluies de Cherbourg by Jacques Demy.www.lavillette.com

This outdoor short films festival started in 2002, and is now one of the largest of its kind in France. Over 100 films are shown over the course of the festival, which takes place in the Parc de la Butte du Chapeau Rouge in the 19th arrondissement. The opening night on 24 August starts with a concert, and best of all, the festival is free!www.association-silhouette.com

This annual summer event was created more than 15 years ago with the primary intention of entertaining families and children. The lovely setting of the Parc Floral offers up plenty of musical performances and opportunities to join in. The perfect way to enrich any family’s summer.www.lespestacles.fr

What better venue for a music festival than a park on the banks of the River Seine? From 24-26 August the Domaine National de Saint-Cloud will be the place to be for lovers of the best of contemporary international music. The line-up this year includes Justice, Macklemore, Thirty Seconds to Mars, Charlotte Gainsbourg and Die Antwoord. Day tickets (€59) and non-camping three-day tickets (€139) are available, as are one-day family passes (€169) and VIP tickets (from €89).www.rockenseine.com

This great little festival brings together a real sense of the history of theatrical entertainment, under the late summer skies of Montmartre. Commedia dell’arte, poetry, music and burlesque all make an appearance in the public performances that take place throughout the festival, designed to be accessible to all.www.treteauxnomades.com

Celebrating its eleventh anniversary, the l’Été du Canal festival takes place along the Canal de l’Ourcq until 27 August. Concerts, water-based activities, street art, dancing, walks, open-air cinema and more transform the area around the Bassin de la Villette – Paris’s largest artificial lake – into a holiday destination for locals and visitors. The festival uses some of the moored barges as venues, as well as the bassin itself for activities which include urban art walks, bike rides, boat trips, live music and street food. There are of course the ever popular swimming venues and plenty of deckchairs too.www.tourisme93.com

Previous Article How to make an offer on a French property
Next Article Ian Moore: managing a renovation project in French