The Olympic Games in Paris: Then and now 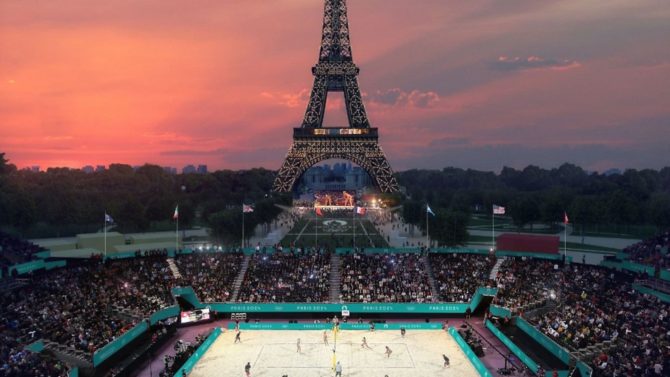 Cannon-shooting, pigeon racing and ballooning – yes, these really were events in the Olympic Games in Paris of yesteryear

In 2024, 15,000 of the world’s finest athletes will gather in Paris for the ultimate sporting test: the Olympic Games. The City of Light has already hosted two Games, in 1900 and 1924, and with a century between its last and next Olympics, it’s no surprise that plenty has changed.

The Olympic Games in 1900 saw a number of events run for the first – and only – time. One of these was the ball game Basque Pelota, which saw only two teams participate – unsurprisingly, these were France and Spain.

The 1900 shooting events involved live pigeons as the target, while yet more birds took part in pigeon racing as a demonstration sport – none of the 7,721 feathered participants in the latter were killed, however.

Other unusual events in 1900 included kite-flying, ballooning and cannon-shooting!

The 2024 Olympics in Paris marked the first year the Olympic Art Competition was taken seriously. The five categories were music, sculpture, literature, architecture and painting. These competitions were the brainchild of the father of the modern Games, Pierre de Coubertin

Break-dancing, sport climbing, skateboarding and surfing will all be added to the 2024 Paris Olympics’ list of events.

In both 1900 and 1924, the majority of the Games’ events took place within the Île-de-France region. In 1900, the brave swimming contestants had to endure the filthy waters of the Seine, but thankfully by 1924 the aquatic events were moved to the Piscine des Tourelles. In both years, Le Havre in Normandy hosted the sailing events.

The 1924 Games were the first to have an Olympic Village, constructed in the north-western suburb of Colombes. Earlier in the year, a Winter Sports Week took place in January and February 2024 in Chamonix – this event is now recognised as the first Olympic Winter Games.

One of the more far-flung venues for the 2024 Games is Tahiti, French Polynesia, which will host the new surfing events. Back on the mainland, the Palace of Versailles will provide the rather opulent backdrop for the equestrian events.

The 1900 Olympics had athletes from 28 countries take part, including the now-defunct Bohemia and Russian Empire. Women were allowed to compete for the first time, too.

The home team were very well-represented – 72% of all participants were French (720 out of 997), so they naturally won the most medals, followed by the USA.

In 1924, 44 nations participated. Germany was a notable absentee, having not been invited to participate by the International Olympic Committee.

The Paris Olympic Games of 2024 have been set an athlete quota of 10,500 – that’s some 592 fewer than Tokyo 2021 (11,092). The highest athlete quota reduction was in weightlifting, then boxing, in order to make the Games more gender-balanced.

Winners at the 1900 Paris Games won cups or trophies rather than medals. Some also won monetary prizes, such as French fencer Albert Ayat, who earned 3,000 francs.

Having designed the torch for the 1992 Winter Olympics in Albertville, French designer Philippe Starck has now been asked to design the medals for the 2024 Games. His design is revolutionary: athletes can split the medal into four different parts that can be given to friends and family to share their success.