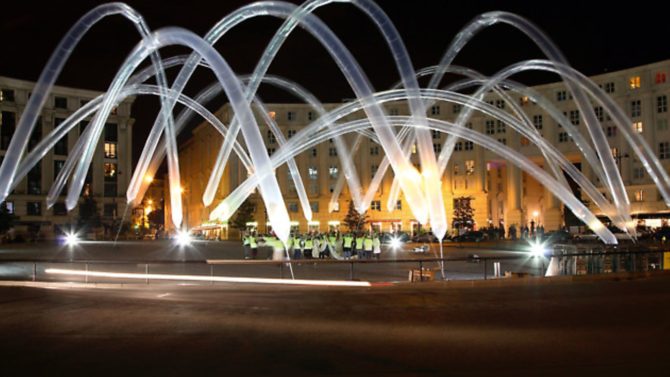 Prepare for a sleepless night in Paris on Saturday 4 October as the city becomes nocturnal for one night only during the Nuit Blanche event. The dusk-to-dawn celebration of art and culture aims to showcase the French capital in new and original ways, giving even long-term residents a novel view of Paris. From 7pm museums, libraries, monuments, parks and gardens open their doors for free until 7am on Sunday. Visitors can also expect concerts, artwork and light installations on the streets of the city. The event has become so popular it has been adopted by other cities in France and around the world.

Bookworms will be in heaven at the 25e Heure du Livre in Le Mans, one of the oldest book fairs in France. Over the weekend of 4-5 October, 200 authors, 80 publishers and 30,000 visitors gather to celebrate the written word in what has become the highlight of the autumn cultural scene. The fair celebrates French-language literature with debates, interviews and workshops as well as other forms of writing from sci-fi to children’s books. Tickets cost €4.

Second only to the Braderie de Lille, the Amiens Réderie is a flea market on a grand scale. with a total of 2,000 sellers from all over France setting up stalls in the city centre, the event offers plenty of opportunities for some 80,000 visitors to pick up a bargain. The Réderie is taking place on Sunday 5 October, and Amiens is only about an hour and a half’s drive from Calais… Tempted?

Every October the seaside town of Dinard on the Brittany coast welcomes film fans for its annual celebration of British cinema. Running from 8 until 12 October, the British Film Festival shows popular and upcoming films in five screens across the town. Tickets go on sale 30 minutes before the showings and cost €5.50 each. This year there is also a pre-festival event taking place from the end of August until 7 October, with free screenings of popular British films such as Philomenaand 12 Years a Slave, an open-air cinema and events for schools.

Food is a serious business in France, and as such there’s an entire week dedicated to educating the public all about it. La Semaine du Goût (13-19 October) sees demonstrations by food professionals in schools, workshops and special menus in restaurants aimed at discovering new foods and learning the importance of nutritional awareness.

An event not to be missed for any chocolate fans, the Salon du Chocolat in Paris will be celebrating its 20th anniversary from 29 October till 2 November. Companies, chocolatiers and pastry makers will be sharing their passion for chocolate with new products, live demonstrations and the Chocolate Fashion Show.